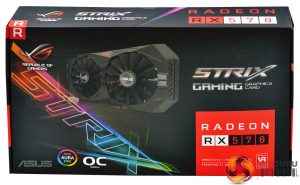 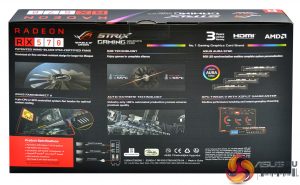 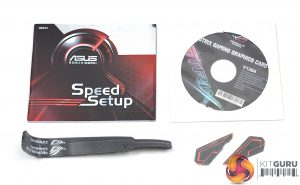 The accessory bundle is limited to a driver CD, speed setup guide, a couple of cable ties and two red stickers that can be affixed to the plastic shroud for additional style. 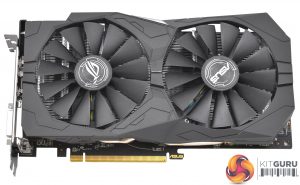 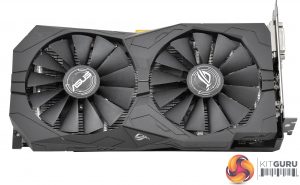 The ASUS RX 570 uses an all-black design with two 100mm 12-spoke fans, the outer shroud is made from plastic. The card measures in at approximately 25cm in length and 14cm in height (including the rear I/O), it keeps to a dual slot form factor. 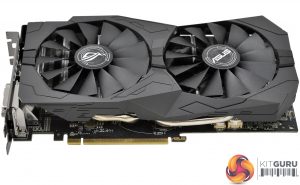 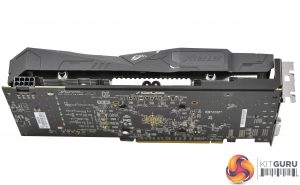 The cooling solution uses two 8mm nickel-plated copper heat pipes with a direct contact copper base for the GPU die. There is no backplate on the rear of the card which is disappointing as many of this product's rivals are offering backplates.

The PCB layout and component choice for this graphics card is identical to its predecessor, the ASUS RX 470 Strix Gaming OC, you can read a disassembly and closer inspection of that card here. 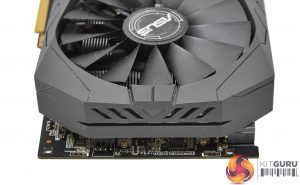 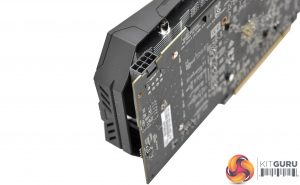 The power requirements for this card are a single 8 pin that has handy LED which remains red until a PCIe cable is inserted, at which point it turns white.

At the end of the card is a single 4 pin fan connector ASUS is calling FanConnect II. The premise is that a system fan can run on the same GPU temperature curve as the GPU fans. This could be, for example, the rear exhaust fan so that it exhausts more hot air from the case as the GPU heats up. 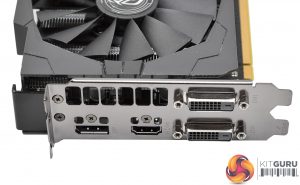 The rear I/O comprises of dual DVI, a single DisplayPort 1.2 and HDMI 2.0b.