If you are somebody who likes to keep an eye on developments in the world of network-attached storage systems, you will be very familiar with Western Digital Red drives. Western Digital has announced a range of new Red devices, purpose-built for small business and home office scenarios with NAS environments.

Due to a rise in the virtualisation and the use of 10GbE and higher connectivity speeds in modern NAS systems, Western Digital has upgraded its line of WD Red devices with SSD performance to cut down the chance of bottlenecks and provide full support of these modern systems, without compromising on WD Red’s reputation for durability.

“Working with Western Digital has proved increasingly beneficial in delivering premium storage for our NAS systems,” said Meiji Chang, general manager, QNAP. “With the addition of today's WD Red SA500 SSD as a storage or caching solution, our customers can now take full advantage of dedicated SSD slots in our systems and benefit from faster network transfer speeds and optimal endurance.” 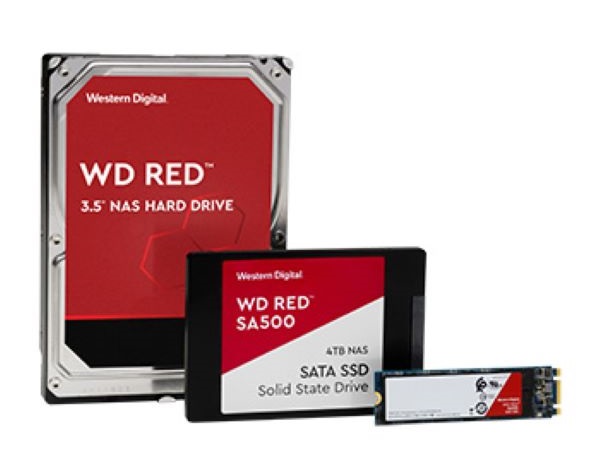 KitGuru says: Are you running out of storage space in your home office NAS system? Well, Western Digital has got your back, with its new range of WD Red NAS storage devices. If you can wait until November that is.