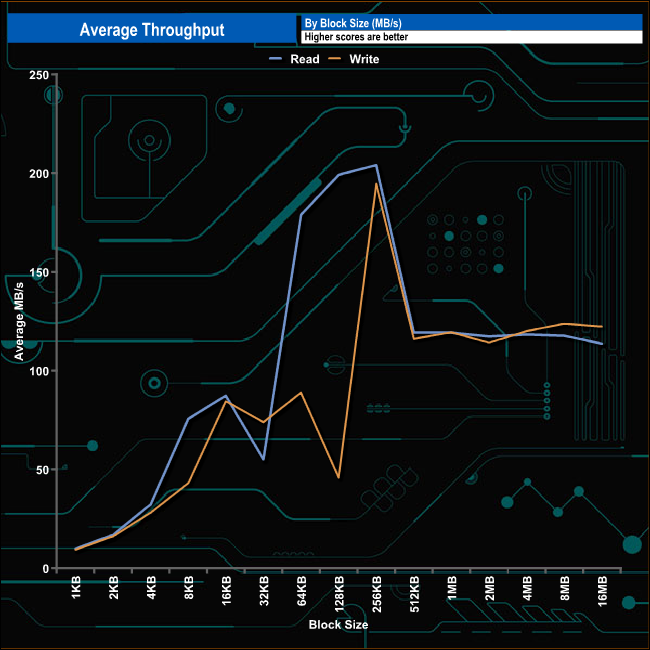 The 2TB Seagate FireCuda Gaming Hard drive read performance dropped at the 32KB block size mark but recovered well to peak at 204MB/s at the 256KB mark, before dropping back again at the 512KB block with the drive finishing the test run at 113MB/s. The Write performance dropped sharply at the 128KB block mark before recovering to peak at 194MB/s before dropping again to end the test run at 122.22MB/s.

Previous Windows 11 to release in October, according to Intel
Next Netflix will not charge users extra for game streaming