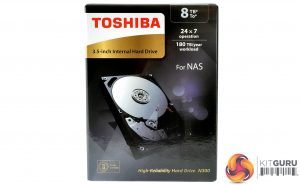 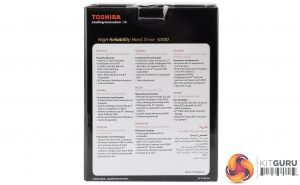 The Toshiba N300 uses the same box styling as both the P300 and the X300 with an image of an open drive on the front together with good clear descriptions of its capacity, spin speed, cache and usage. The back of the box has a panel of multilingual statements of the drive’s features. 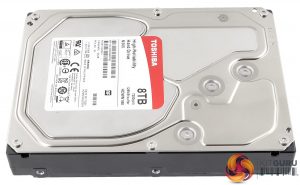 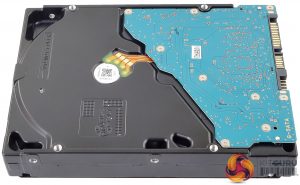 The N300 series feature a 128MB cache and uses Toshiba’s Dynamic Cache Technology to optimise cache allocation during read/writes to maintain high performance. The drives also have Toshiba Stable Platter technology which helps minimise the effects of system vibration by the use of a tied spindle motor which secures the motor drive shaft at both ends. 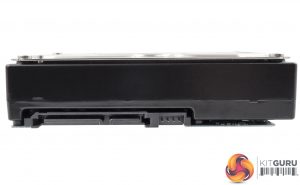 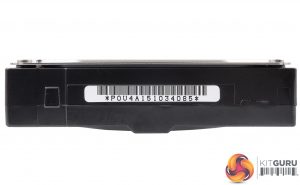 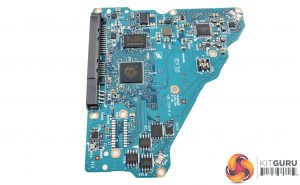 A quick look at the underside of the PCB reveals a Marvell 88i1017-NBD2 storage controller, a Winbond DDR2-800 DRAM chip and a spindle controller coded 601NCCGC.