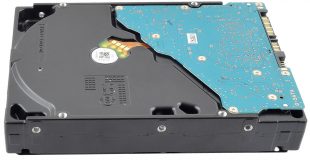 We’ve already looked at the mainstream P300 and high-end X300 consumer hard drives from Toshiba, now we get the chance to have a look at something a bit more specialised … in the shape of the N300, a drive range specifically designed for use in NAS devices. 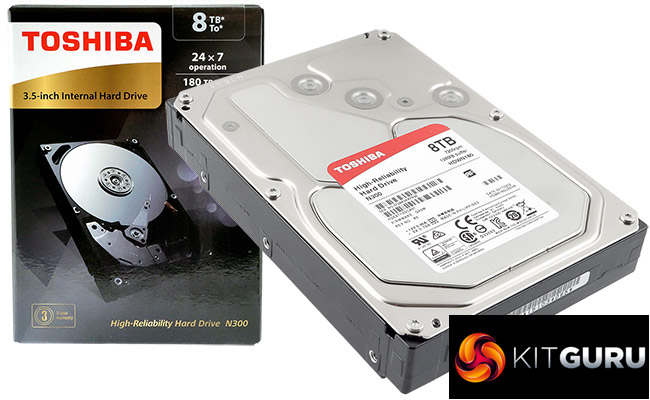 The N300 has been designed for use in NAS devices with 1 to 8 drive bays and (at the time of writing) comes in three capacities, 4TB (HDWQ140XZSTA), 6TB (HDWN160XZSTA) and the flagship 8TB (HDWN180XZSTA) which Toshiba supplied for review. The 8TB model is currently Toshiba’s largest capacity hard drive.

The N300 drives have 7,200rpm spindle speeds and have a cache of 128MB. The quoted sustained transfer speed for the 8TB drive is 240MB/s with an average latency of 4.17ms. Toshiba also quote a workload figure for the drive of 180TB/year with 24×7 operation and back the drive with a 3-year warranty.