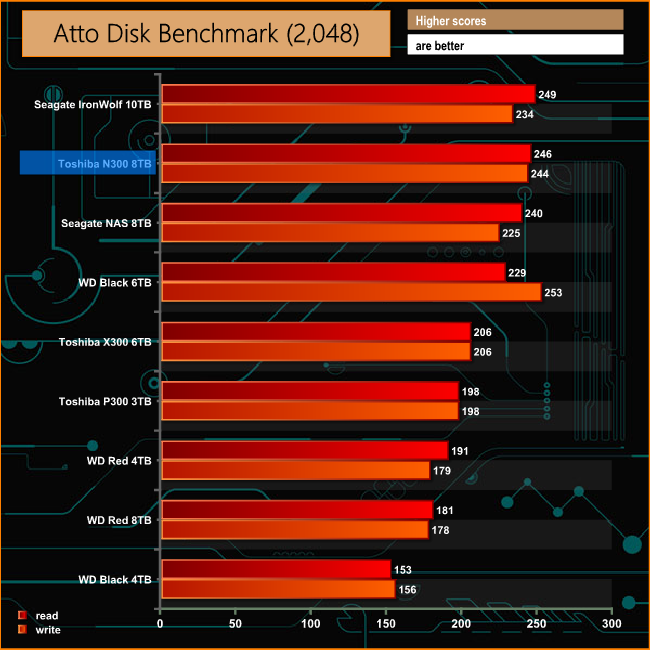 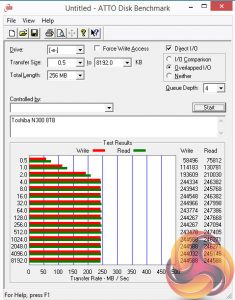 Toshiba quote a sustained transfer rate for the 8TB drive at 240MB/s, something that was confirmed by the ATTO benchmark. The tested drive produced a read rate of 246MB/s with writes at 244MB/s. Both rates are significantly faster than the other two Toshiba drives we’ve recently looked at and faster than the other two 8TB drives on the list, the WD Red and the Seagate NAS.