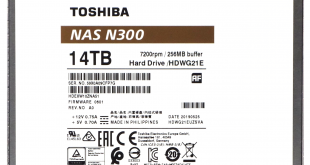 Toshiba's N300 NAS family of hard drives have been designed for use in high-performance personal, home office and small business NAS systems. The 14TB hard drive is one of three N300 drives in the line-up that (at the time of writing) make use of Helium technology. 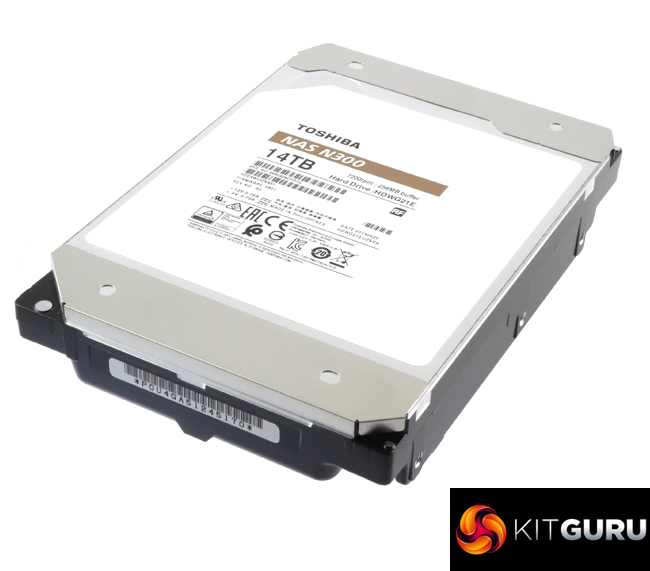 The N300 NAS series comes, as you might expect for a drive aimed at NAS enclosures in a wide range of capacities; 4TB, 6TB, 8TB, 10TB, 12TB, 14TB and the very recently released new flagship 16TB model. The 12TB, 14TB and 16TB models are the only ones that make use of Helium technology.

Toshiba rate the data transfer speed of the 14TB N300 NAS as 260MB/s with an average latency of 4.17ms. Power consumption for the drive is quoted as a typical 6.77W for active read/write and 4.54W for active idle.

The 14TB drive has a workload rating of 180TB/year and Toshiba back the drive with a 3-year limited warranty.