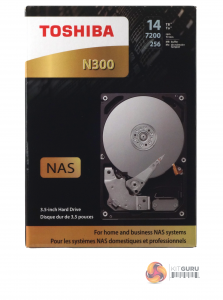 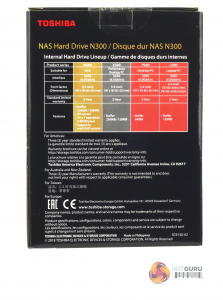 The sturdy box for the Toshiba N300 has an image of an open drive on the front, together with clear descriptions of its capacity, spin speed, cache and usage.

The back of the box has a useful panel displaying Toshiba’s internal hard drive line-up, which includes what the drive is suitable for, form factor, warranty and features list. Under this are worldwide warranty details. 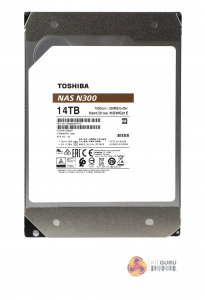 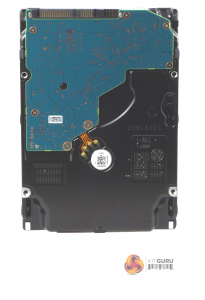 Built on a standard 3.5in format but with an increased 26.1mm height, the 14TB N300 NAS uses nine 1.55TB platters (discs) with eighteen read/write heads. The drive features several technologies designed to increase reliability in a multi-disk environment.

The 14TB N300 series features a 256MB cache and uses Toshiba’s Dynamic Cache Technology to optimise cache allocation during read/writes to maintain high performance. The drives also have Toshiba Stable Platter technology which helps minimise the effects of system vibration by the use of a tied spindle motor which secures the motor drive shaft at both ends. 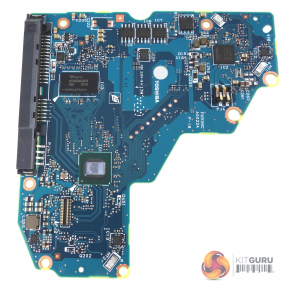 A quick look at the underside of the PCB reveals an Avago DT0252 controller, a SK hynix H5TQ2G63GFR DDR3-1866 DRAM IC and a Smooth L7291 spindle controller. There are also three vibration sensors, the angled silver coloured units on the PCB.