As part of its Battlefest celebrations, EA will be hosting a series of Free Weekend Trials of its popular WWII shooter. Gamers who have been curious to try out Battlefield V will get the chance to jump in on the action for a few days at a time for free!

EA and Dice are counting down to the days to Battlefield V’s chapter 5 and the pacific theatre. Three Free Weekend Trails will allow potential new players to test out the game, with a series of events that will let them play out different game modes including Rush, infantry-focused conquest and Grand Operations.

The first Free Weekend Trial will run from 10th – 13th October and will give new players the chance to try out the Rush game mode. Rush is an intense battle where you have no time to waste, attacking or defending the objectives while looking out for the deadly artillery strikes. This mode will be available on Operation Underground, Rotterdam, Narvik, Mercury and other maps. Players will also be able to unlock the Captain Hadlow vehicle skin in a weekly challenge during this event. 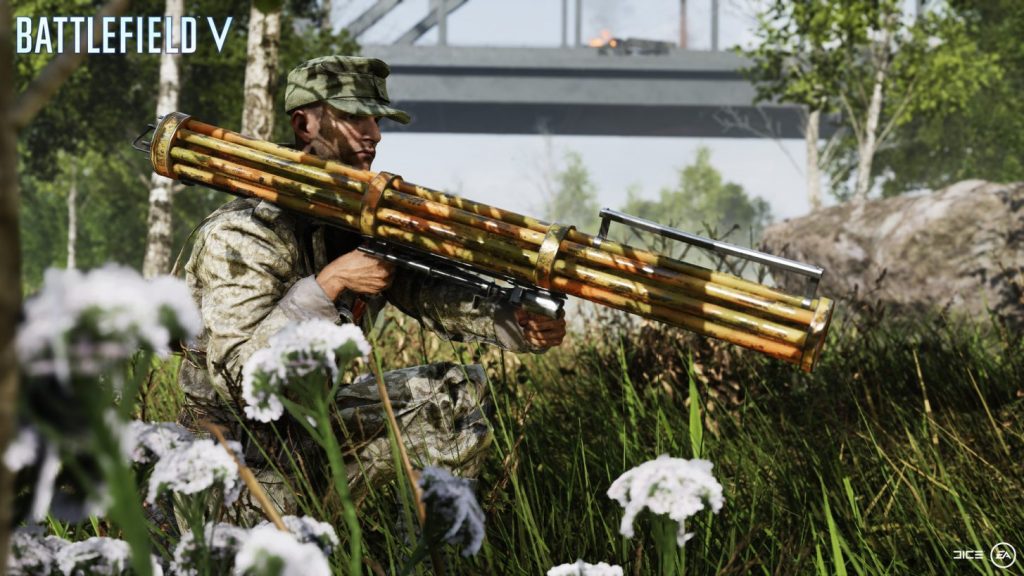 During the second Free Weekend Trial, starting on 17th October, the focus will be on Infantry-based Conquest mode. This is the classic Battlefield mode where players capture and hold flags to win. New players can try out Conquest on the Infantry-focused maps of Operations Underground, Rotterdam, Devastation, Marita and Arras. During this event, the weekly reward will be the Trench Carbine.

The final Free Weekend Trial, running from 24th – 27th October, will cover Grand Operations, where players take on a high flying experience with Airborne and spearhead an upcoming invasion on the maps Twisted Steel, Narvik, Hamada, Rotterdam and Panzerstorm. During this final event, players will have the opportunity to unlock the very special anti-aircraft Filegerfaust gadget.

You can check out the full details of the Free Weekend Trials, FAQ and download the game through Origin, which can be found on the Official Battlefield V website.

KitGuru says: We all love a bit of Battlefield V here at KitGuru and think this is a great way for potential new players to try out the game before buying. how many of you guys will be testing it out during the Free Weekend Trials?