YOYOTech launches new starter kits to get you building

The term PC or Personal Computer covers a broad spectrum of systems – with everything from hand built from the ground up, through to off the shelf systems where everything is done for you.  KitGuru casts an eye over YOYOTech’s latest range of offers.

Just how lazy are we?

We’re all capable of picking up a screwdriver, but why is it that so many millions around the globe opt for pre-built systems every year?

At the KitGuru offices, it’s a 95% self-build environment.

With a self-built system, not only can you be sure that everything has been done right, you will also have an intimate familiarity with the internals – perfect for any future diagnostic/upgrade work.

“With the launch of our new Starter Kits, we’re aiming to take the guess work out of affordable, self-build systems”, said YOYOTech’s Managing Director, CK.

“We have a basic Core i3 kit that is, obviously, not overclockable”, he explained. “Alongside an AMD A10 7850K overclocking kit and another based on Intel’s Core i5 4670k”.

That means the only real decision you need to make in order to get up and running, is storage.

These images give you a clear idea of what is included at each price point and you can find out more from here.

KitGuru says: We’re interested to know how you prefer your system builds?   All done for you?  Do everything yourself, from picking the components to full assembly?  Or do you prefer something in between? 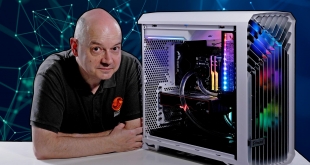