While installing an AIO cooler on your CPU is fairly easy, liquid cooling your graphics card can be much more complicated. Alphacool Eiswolf 2 tackles this problem head-on by mounting the pump on the graphics block, which reduces the hardware you need to install. In addition the system is pre-filled with coolant and the two hoses use quick break connectors to minimise the risk of your spilling any fluid inside your PC. And yes, the fans and GPU block have Addressable RGB.

Alphacool has updated the original Eiswolf – pronounced ‘Eyes Voolf' – with a full cover graphics block that provides active cooling to the full set of components on the graphics card. Previously the GPU and memory were actively cooled while the other components were passively cooled through the finned construction of the block. In addition, Alphacool has updated the pump to a DC-LT 2 which has been moved to the side of the graphics block where it mounts on the manifold. As you will have seen in our video, installation is a three step process:

First you install the block on your graphics card. We were sent a kit compatible with reference RTX 2080/2080 Ti so we selected a PNY RTX 2080 Ti XLR8 Gaming 11GB graphics card that had previously been reviewed by Dominic. Installing the block was straightforward, although the location of the pump meant we had to work with the block lying at an angle when it would typically be flat.

The second step is to install the fans on the 240mm copper radiator and then install the radiator assembly in your PC. Alphacool radiators are among the best on the market however the way they are painted means the bare copper fins can appear to be rusted iron or steel, which is slightly unfortunate.

Finally we connected the two coolant hoses, hooked up the cables for the fans and pump and then sorted out the ARGB lighting.

We showed those steps in our video and think you will agree it was fairly straightforward, despite the interruptions from Daniel at Alphacool who kept pointing out our linguistic errors. 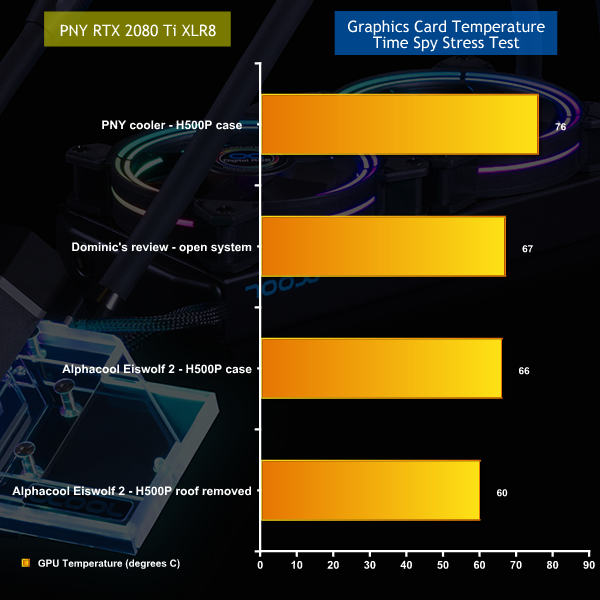 Our testing demonstrated that liquid cooling reduces the temperature of our PNY RTX 2080 Ti graphics card by 10 degrees C in a fairly restrictive Cooler Master H500P case. Opening up the airflow reduced temperatures by a further 6 degrees, which is a total of 16 degrees. 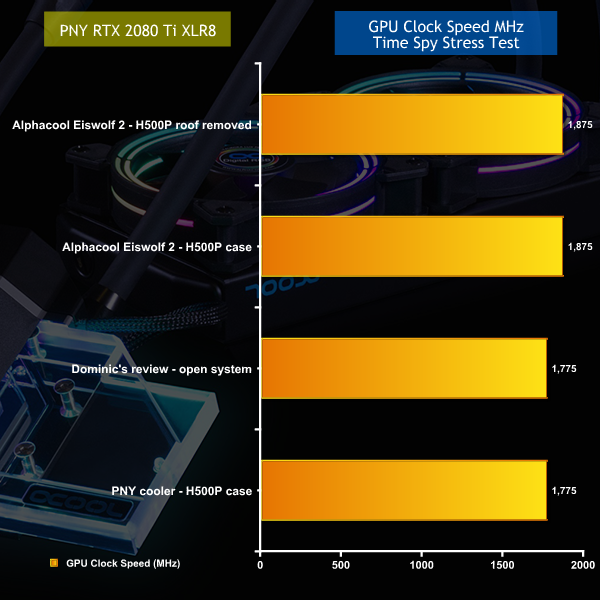 That is all the more impressive when you consider the PNY hardware used the extra cooling to raise clock speeds by 100MHz. 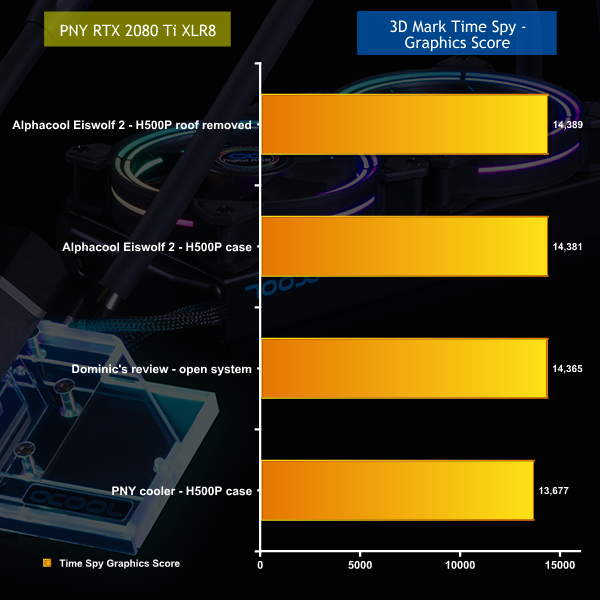 And that extra clock speed gave a small boost in performance.

Using the Alphacool Eiswolf 2 on our PNY RTX 2080 Ti Gaming XLR8 was a win-win-win with lower temperatures, higher clock speeds and extra performance. We were running the 200mm case fans at 900rpm and the two 120mm Alphacool fans on the radiator at 1,400rpm and can assure you that noise levels were pleasingly low.

Alphacool has nailed a number of the elements in the Eiswolf 2 cooling system. The block fits the graphics card correctly and works well, and the DC-LT 2 pump on the block also does a good job. The same is true of the 240mm copper radiator and the fact the system is pre-filled means you don't have the hassle of filling it or the risk of leaks inside your PC.

The fact that you lose a small amount of fluid when you separate the quick break connectors is a very minor matter, however the aesthetics of the hoses and the quick breaks is something of a problem. No matter how you look at things the finished PC is not a thing of beauty, and we simply could not find a way to pretty things up. 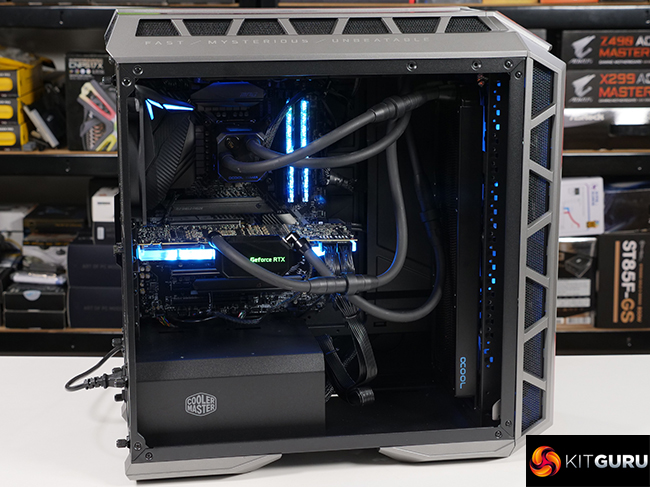 You might consider that Eiswolf 2 is ideally suited to a case with a solid side panel and no glass, such that appearances are a trivial matter that can safely be ignored. Well fair enough, but we have to point out that Alphacool has included ARGB lighting that works rather well, so they clearly want you to be able to see the installed hardware.

This is something of a conundrum as liquid cooling leans heavily on the appearance of the finished system while Alphacool has focused on ease of installation and a low selling price. In that respect they have done a fine job however the finished PC leaves us feeling unsatisfied.

You can buy the Alphacool Eiswolf 2 for £181 HERE

KitGuru says: Alphacool Eiswolf 2 is the best value way to liquid cool your graphics card, however we feel they need to work a little on the overall appearance once it is assembled. 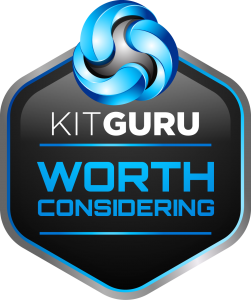 Previous The Last of Us Part II Grounded Update adds 8-bit mode; other additions
Next Forza Horizon 3 is being delisted; currently on sale