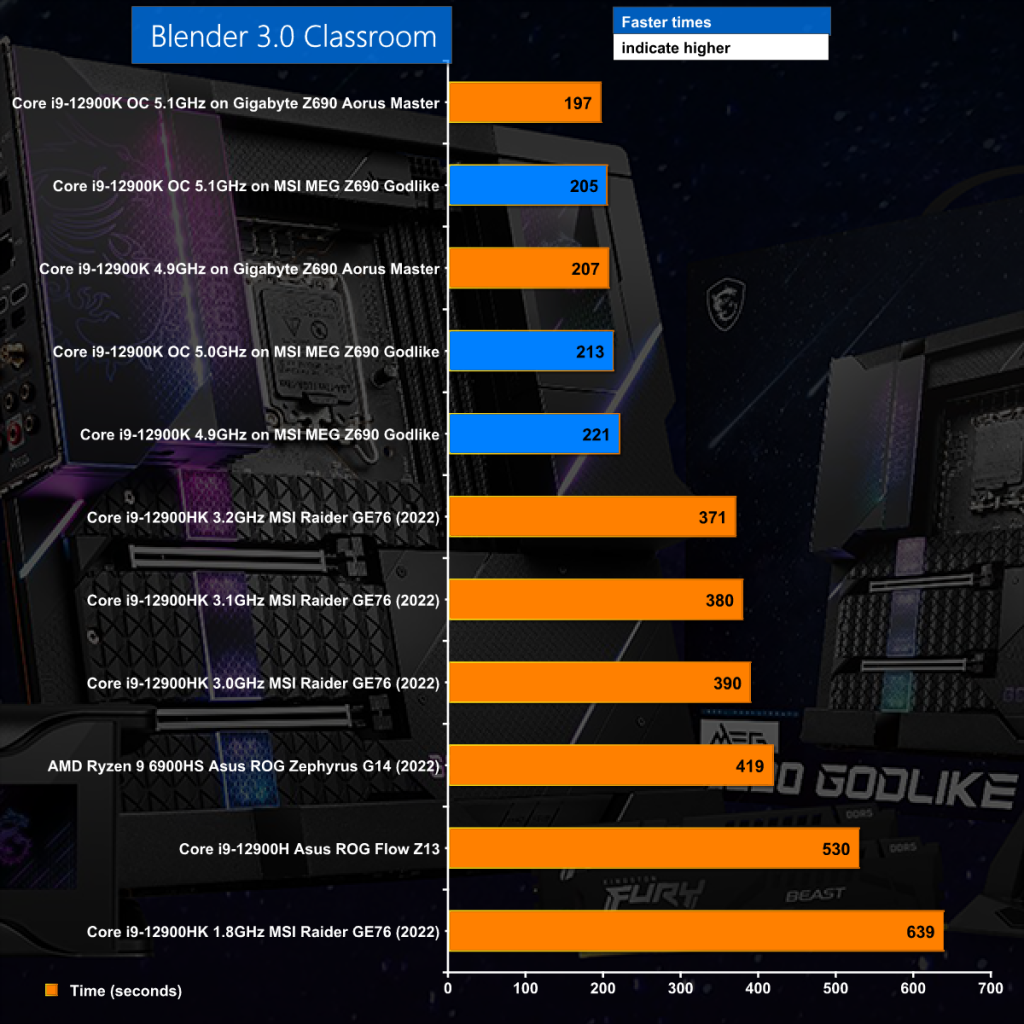 Blender is a straightforward test of CPU grunt however we saw the MSI Z690 Godlike being beaten by the Gigabyte Z690 Aorus Master despite having the Core i9 CPU running at the same clock speed. 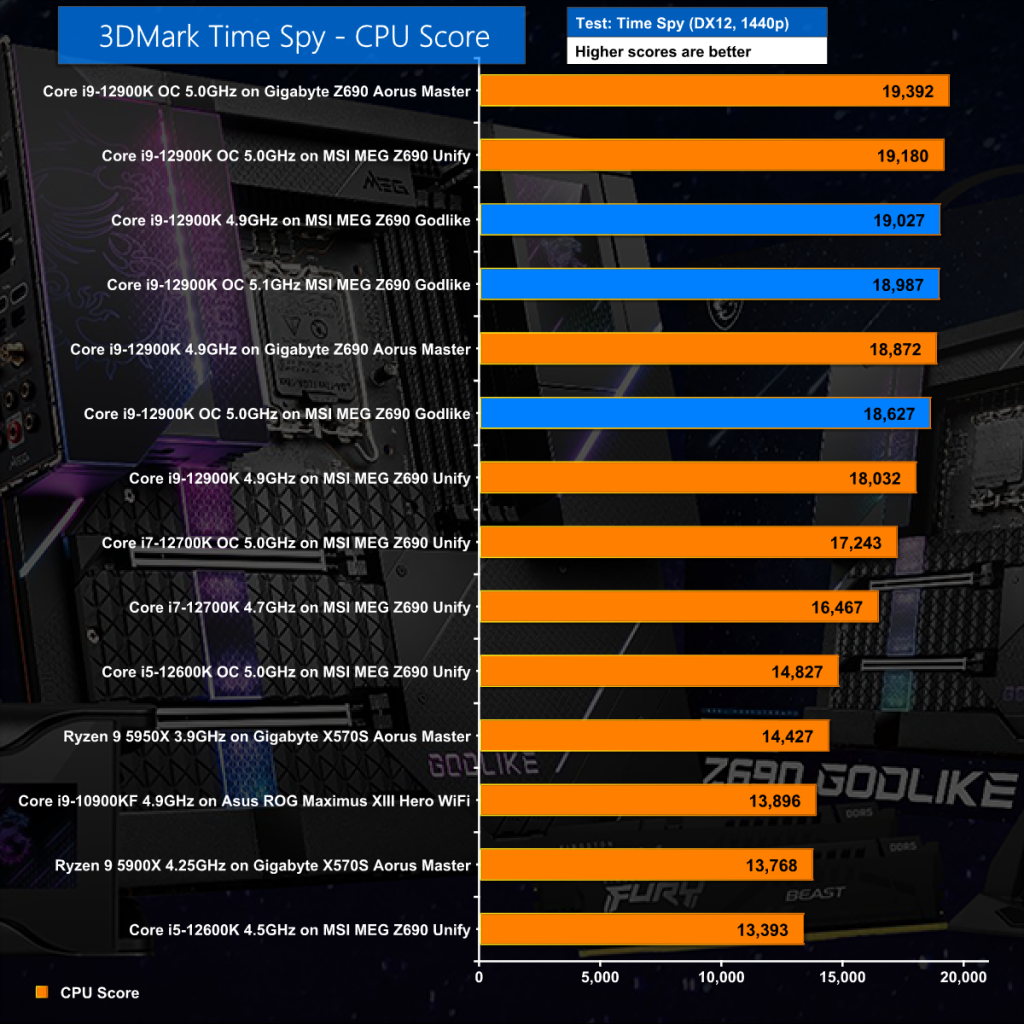 We saw a similar story in 3D Mark Time Spy as we did in Blender where the MSI MEG Z690 Godlike performed well but was beaten by other Z690 motherboards. Bizarrely, we saw the Godlike performing better on Auto than when it was overclocked.