The new 256Gb TLC NAND flash memory chips from Samsung utilize the same 3D charge trap flash (CTF) architecture in which the cell arrays are stacked vertically to form a 48-storied mass that is electrically connected through some 1.8 billion channel holes punching through the arrays thanks to a special etching technology. In total, each chip contains over 85.3 billion cells and can store 32GB of data.

According to Samsung, the new 48-layer 256Gb TLC NAND flash memory chip consumes 30 per cent less energy than the predecessor, which has 128Gb capacity. The new chip is also 40 per cent smaller than its ancestor, which means that it costs less to produce. 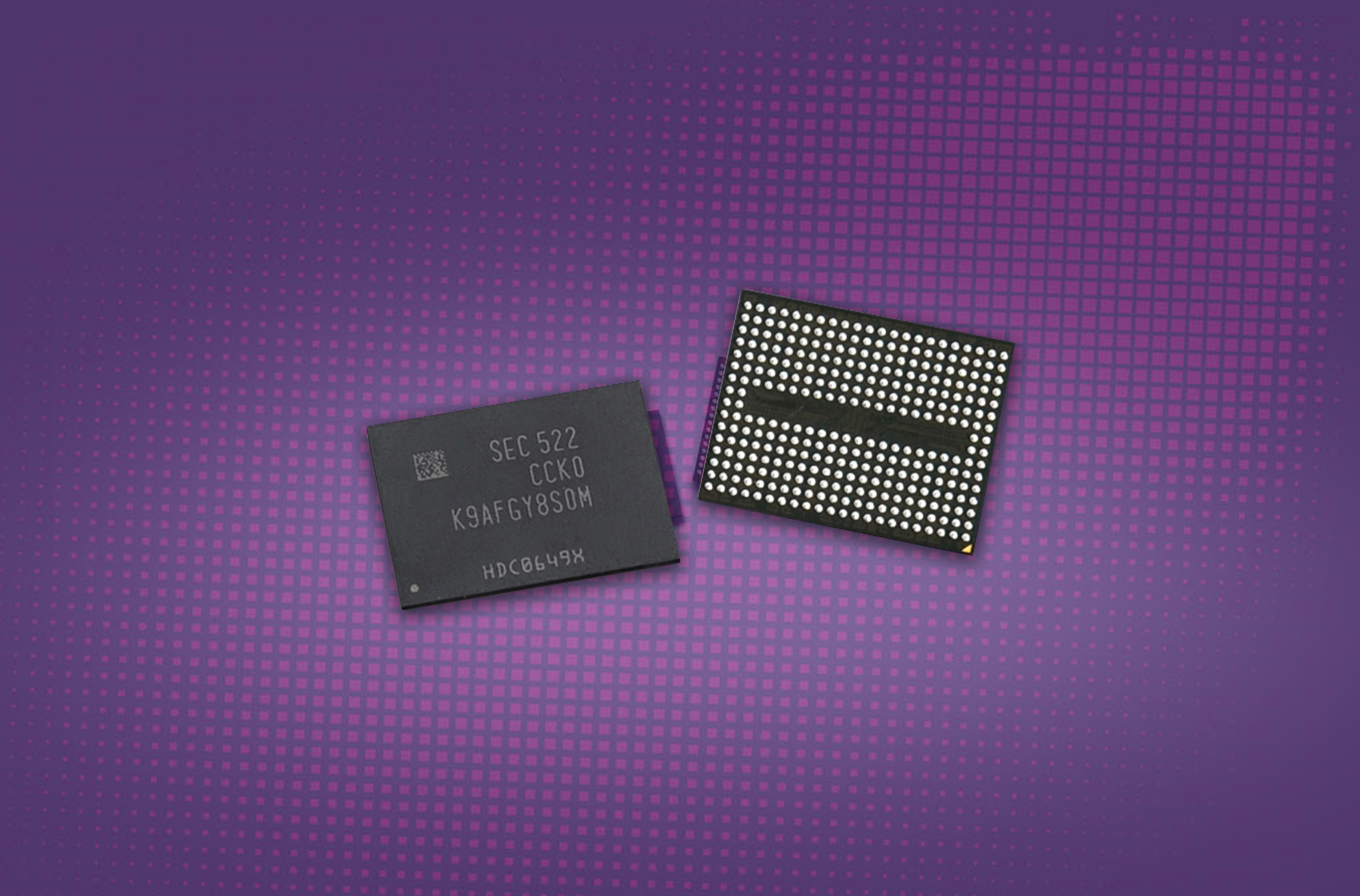 “With the introduction of our 3rd generation V-NAND flash memory to the global market, we can now provide the best advanced memory solutions, with even higher efficiency based on improved performance, power utilization and manufacturing productivity, thereby accelerating growth of the high-performance and the high-density SSD markets,” said Young-Hyun Jun, president of the memory business at Samsung Electronics. “By making full use of Samsung V-NAND’s excellent features, we will expand our premium-level business in the enterprise and data center market segments, as well as in the consumer market, while continuing to strengthen our strategic SSD focus.”

Samsung hopes that its third-generation 3D V-NAND memory enable it to make affordable 1TB and 2TB solid-state drives for consumers. In addition, the company believes that such memory will help to increase its high-density SSD sales for the enterprise and data center storage markets with PCIe NVMe and SAS interfaces.

KitGuru Says: Samsung is again ahead of its rivals with its third-generation 3D V-NAND flash memory. It remains to be seen how significantly the company will manage to increase its share on the market of SSDs thanks to its new memory chips. At present the company controls over 40 per cent of the SSD market, according to analysts.