Toshiba Corp. and SanDisk Corp. this week said that they have finished development of vertically-stacked 3D NAND memory devices. The BiCS [bit cost scalable] NAND flash memory from the two companies will be mass-produced in 2016 and will enable new solid-state storage devices with enhanced reliability and performance. 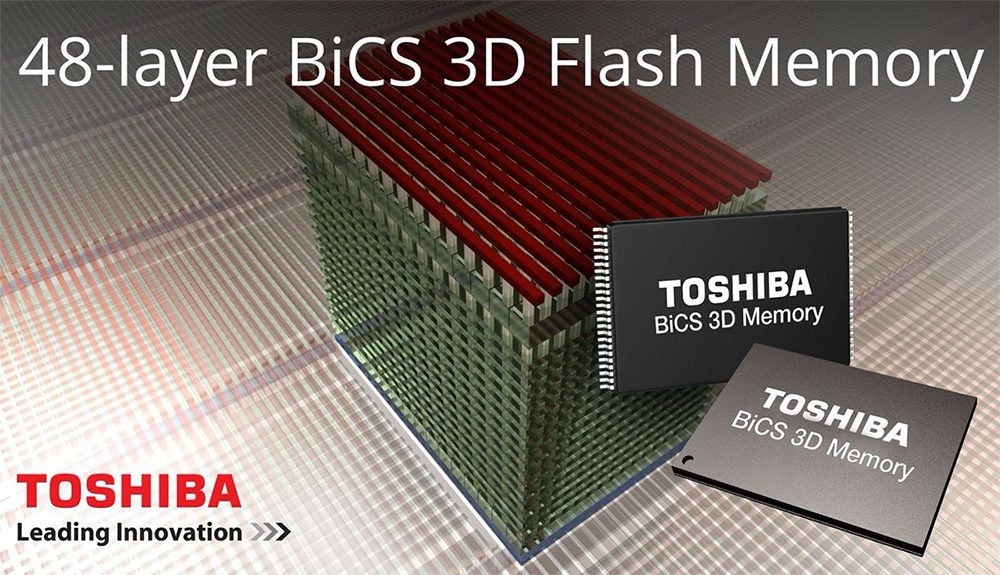 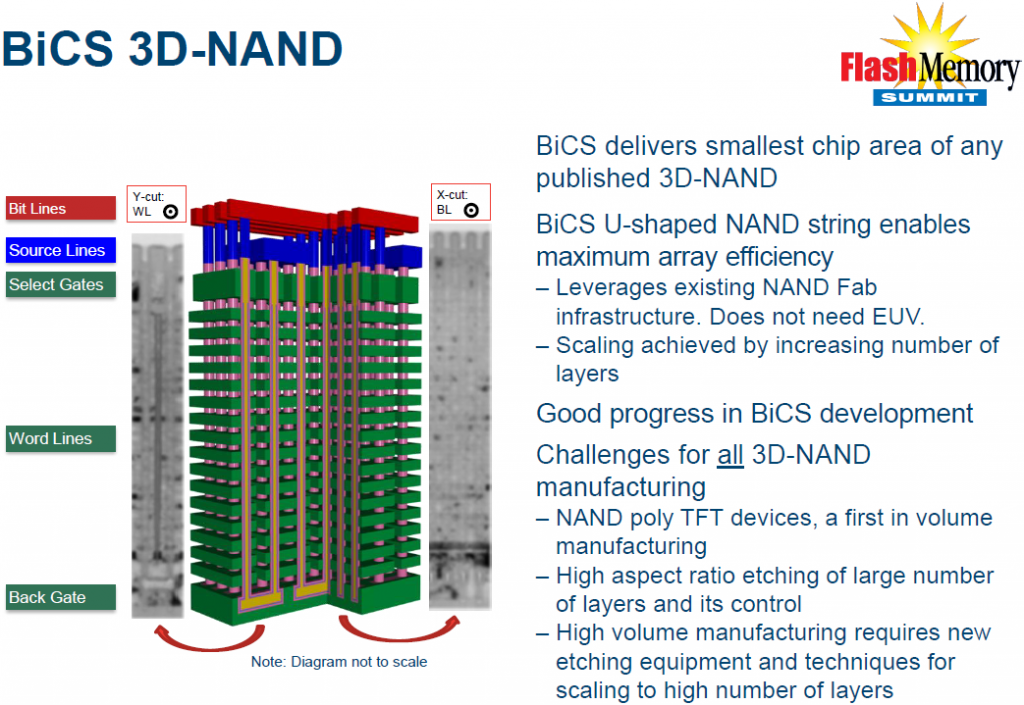 The new BiCS 3D NAND flash memory enhances the reliability of write/erase endurance and boosts write speed compared to planar NAND flash. As a result, applications like solid-state drives powered by 3D NAND will be considerably more reliable than SSDs based on planar NAND made using ultra-thin process technologies. 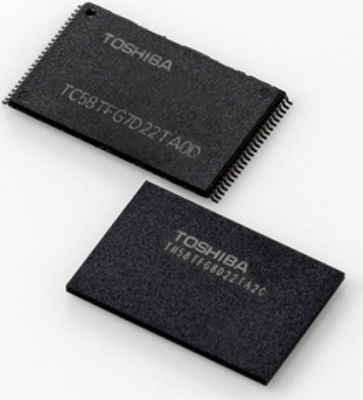 Toshiba and SanDisk will start production of BiCS 3D NAND memory in the first half of 2016 in the new Fab 2, which is located in Yokkaichi, Mie prefecture, Japan, once it is completed. The new type of memory will be used across a broad range of solutions, from removable products to enterprise SSDs.

Samsung Electronics has been producing its 3D V-NAND memory in high volume for about 1.5 years now. The company offers a wide range of products based on the 3D V-NAND. Recently Apple started to use Samsung’s 3D V-NAND based SSDs inside new MacBook Air and MacBook Pro laptops.

KitGuru Says: While Toshiba and SanDisk are somewhat late to the 3D NAND party, they have a number of architectural advantages in BiCS 3D NAND, which will likely translate into actual benefits of their commercial products. As a result, there will be another round of clashes between SSD makers in 2016, which is good for the consumer.

Previous Atari is all about the reboots: considers Missile Command
Next Reminder: Win a Chillblast system worth £1,133!