Today, July 2, SK hynix has announced that it has started mass-production of high-speed DRAM,”HBM2E” – only 10 months after the company announced it had started the development process.

SK hynix's HBM2E is said to support speeds of over 460 GB per second, with 1,024 I/Os – based on 3.6Gbps speed performance per pin. The company said that the new memory is the “fastest DRAM solution in the industry”, and added that the product is “able to transmit 124 FHD (full-HD) movies (3.7GB each) per second”. The new memory technology also requires up to 50% less power consumption and is said to come with a 30% decrease in size. 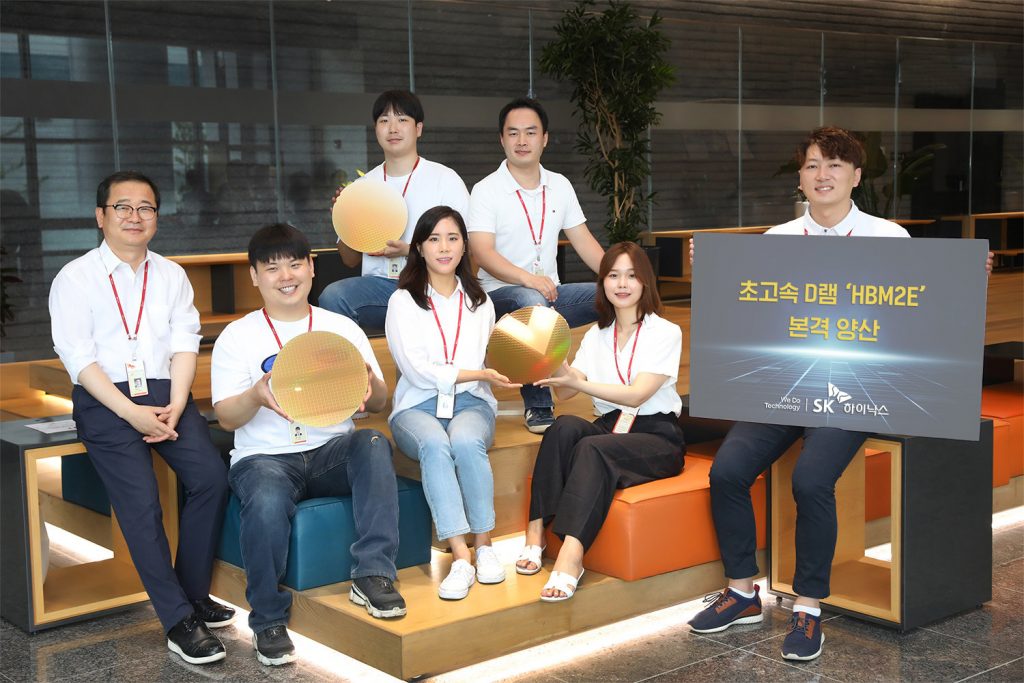 “SK hynix has been in the forefront of technology innovation that contributes to human civilization with achievements including the world’s first development of HBM products,” said Jonghoon Oh, Executive Vice President and Chief Marketing Officer (CMO) at SK hynix. “With the full-scale mass-production of HBM2E, we will continue to strengthen our presence in the premium memory market and lead the fourth industrial revolution.”

Additional information can be found from SK hynix HERE.

KitGuru says: What are your thoughts on SK hynix's HBM2E memory?