Micron has announced an innovative memory technology which claims to produce the world’s fastest SSD, the Micron X100. This new family of SSD devices will feature the company’s 3D XPoint technology which targets storage and memory-intensive applications for data centres. 3D XPoint technology will provide a new level of memory-to-storage hierarchy while offering higher capacity than DRAM and more endurance and performance compared to NAND. 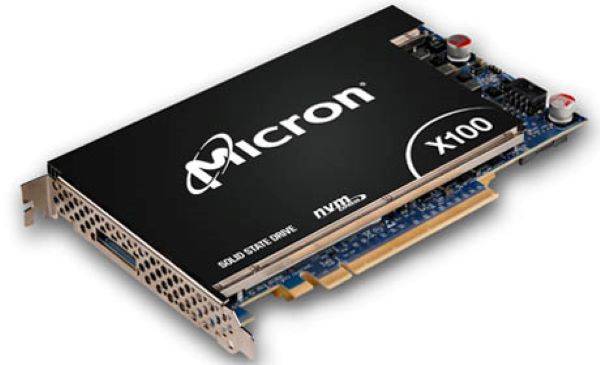 Micron X100 SSD will launch this quarter, with limited numbers of samples being initially provided to select customers. Micron has not released further stock information just yet. Once more information is revealed we will be sure to let you guys know.

KitGuru says: We have seen vast improvements in desktop SSD performance since the introduction of PCIe Gen 4.0, Micron's 3D XPoint technology will provide a huge potential for increased performance and efficiency for data centre systems.