G.Skill is no stranger to breaking new ground when it comes to memory speed world records, so it shouldn't come as much of a surprise that it's done that once again, this time smashing the DDR4 world record with a frequency of 4255MHz.

Unlike some previous records however, this wasn't achieved at an OC challenge or public event, but at the G.Skill labs, where the company pushed one of its Ripjaw kits to the staggering frequency, with timings of CL18-18-18. 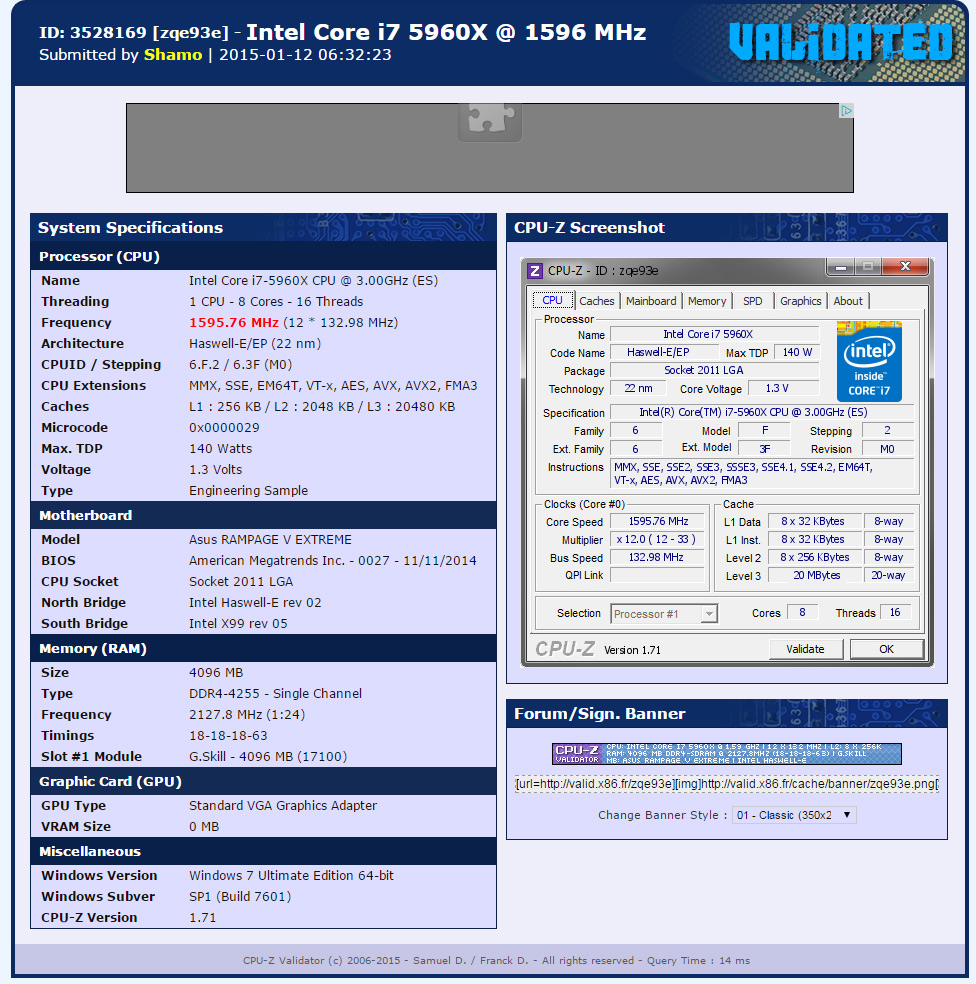 The motherboard used was an ASUS Rampage V Extreme featuring the X99 chipset, while the CPU was Intel's I7-5960X. As you might expect from an extreme, OC, everything was cooled with liquid-nitrogen.

KitGuru Says: Congratulations to G.Skill, that's quite an achievement. Of course this is way beyond most of our abilities, but it does set the bar for the OC professionals around the world. What sort of overclocks are you guys running?