Back in June, we had the chance to check out G.Skill's booth at Computex. This is when we got our first look at the company's new Trident Z Royal memory series, bringing a new, distinct look. It has been several months since we last saw it, but the carriage has arrived and the Royal series has officially launched. 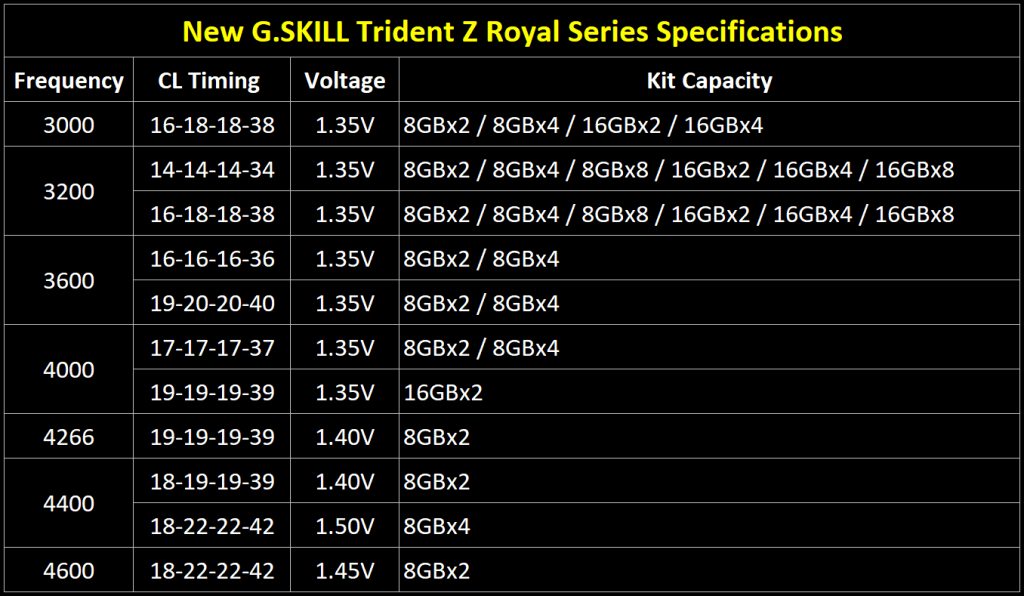 G.Skill's Trident Z Royal series consists of kits ranging from 3000MHz to 4600MHz in capacities ranging from 16GB to 128GB. You can see the exact frequencies, CL timings, voltage and kit capacities that will be available in the table above. 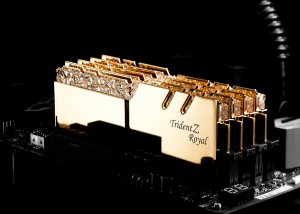 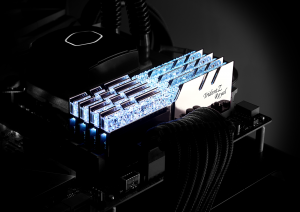 Each stick of RAM has a new full-length ‘crystalline' light bar, with eight RGB lighting zones. The heat spreader will also come in two different colours, gold or silver, while maintaining the familiar Trident Z fin design. Given how shiny and glossy these kits are, fingerprints and smudges are bound to pop up, which is why each kit also comes with a microfiber cloth.

These kits do support Intel XMP 2.0 profiles as expected. Pricing has yet to be confirmed, but we do know that these will start shipping worldwide in December.

KitGuru Says: These kits certainly stand out but they won't be to everyone's taste. Still, judging by the kits available, they will still be top performers.