It seems that Toshiba just can’t catch a break.

After a year of pretty hefty losses and a multi-billion dollar writedown which forced its hand into the sale of its cash-cow NAND business and, more recently, releasing its much-delayed Q1’17 earnings reports without the approval of its consultants PwC, it now has to contend with some potentially sale-stalling claims from Western Digital (WD).

WD, who a while back entered into a partnership with Toshiba in the FlashAlliance joint venture, says it should have dibs on the sale due to its position in the partnership. Its joint venture contract, argues WD, should afford it an exclusive negotiating position which Toshiba has ignored while hurriedly trying to flog off its chip business. 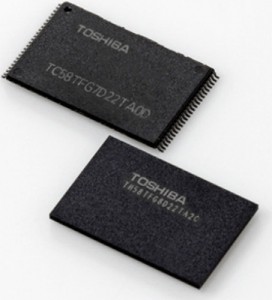 Toshiba is the majority partner in the FlashAlliance with 50.1% of the business, and Western Digital the minority partner with the other 49.9%, and so happens to disagree with WD. This 50.1% stake in the FlashAlliance is an easy sell for Toshiba, but a serious threat for WD’s Sandisk unit (who uses these chips extensively), as it would put it at a disadvantage against a new majority shareholder.

So far Toshiba has received major bids from Hon Hai (Foxconn), Broadcom and SK Hynix on its NAND business venture, bids which WD claims are well over the company’s actual worth. WD is reportedly the fourth in line for the sale, but the one with the lowest offer out of the four.

Pundits view this as a stall-tactic to leverage WD’s share in the company. However, to err on the side of caution, Toshiba has stated it will be suspending negotiations for the moment while it tries to sort out WD’s claims.

KitGuru Says: Toshiba needs to get the sale done quick or it risks incurring in more losses, which may impact its other business units. Its last refuge is its construction/heavy industry business, but it will be a sad day when Toshiba departs the IT business altogether.