Biostar has published the first image of its Intel Z170-based mainboard for Intel Corp.’s upcoming processors code-named “Skylake”. The motherboard will be hit the market later this year and will be demonstrated at Computex trade-show next month. 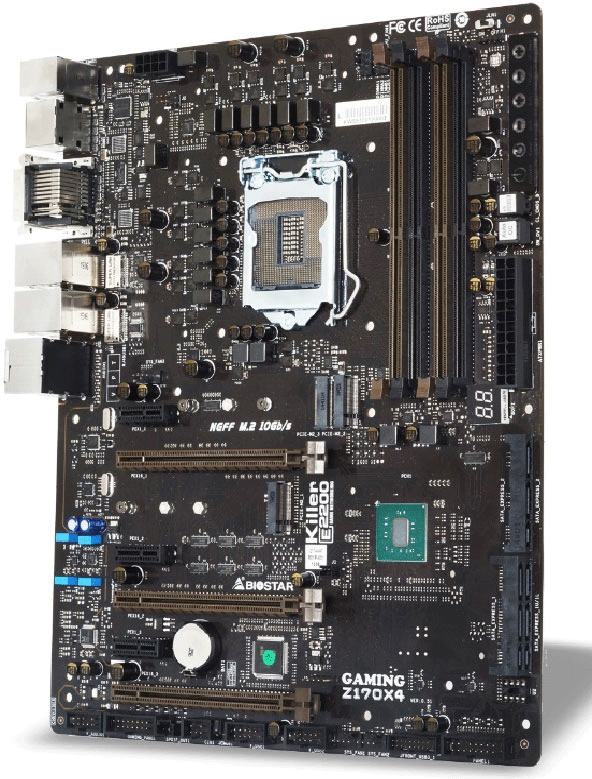 The motherboard maker plans to demonstrate its Intel Z170, H170, B150 chipset based motherboards for Intel’s upcoming “Skylake” processors next month at Computex 2015 trade-show.

Intel intends to release its Core i7-6700K and Core i5-6500K “Skylake-S” processors with unlocked multiplier for desktops in August, 2015, according to unofficial information. The new chips are expected to offer considerably higher performance compared to today’s central processing units.

KitGuru Says: If Biostar promises to reveal its LGA1151 mainboards at Computex next month, expect other makers of mainboards to do the same.