Galax, the company that is best known for its range of PC graphics cards has announced a new range of Intel LGA1200 and AMD AM4 motherboards this week, with the whole line up having an entry-level look to them.

The new series of Intel LGA1200 and AMD AM4 motherboards announced by Galax this week all seem to be entry-level models. They all feature a very similar appearance with no sign of any passive or active VRM cooling, so expect these motherboards to be aimed at the lower end of the market for those users who want cheap and cheerful without the need for advanced overclocking features.

New Galax Intel LGA 1200 motherboards are based on entry-level mainstream chipsets, consisting of models using the H410 and B460 platforms. There are at least two H410 motherboards in the new Galaxy LGA1200 line-up, both sporting a micro-ATX form factor as well as a B460 micro-ATX board too. All three boards are equipped with a single PCIe x16 slot and just two DIMM slots. 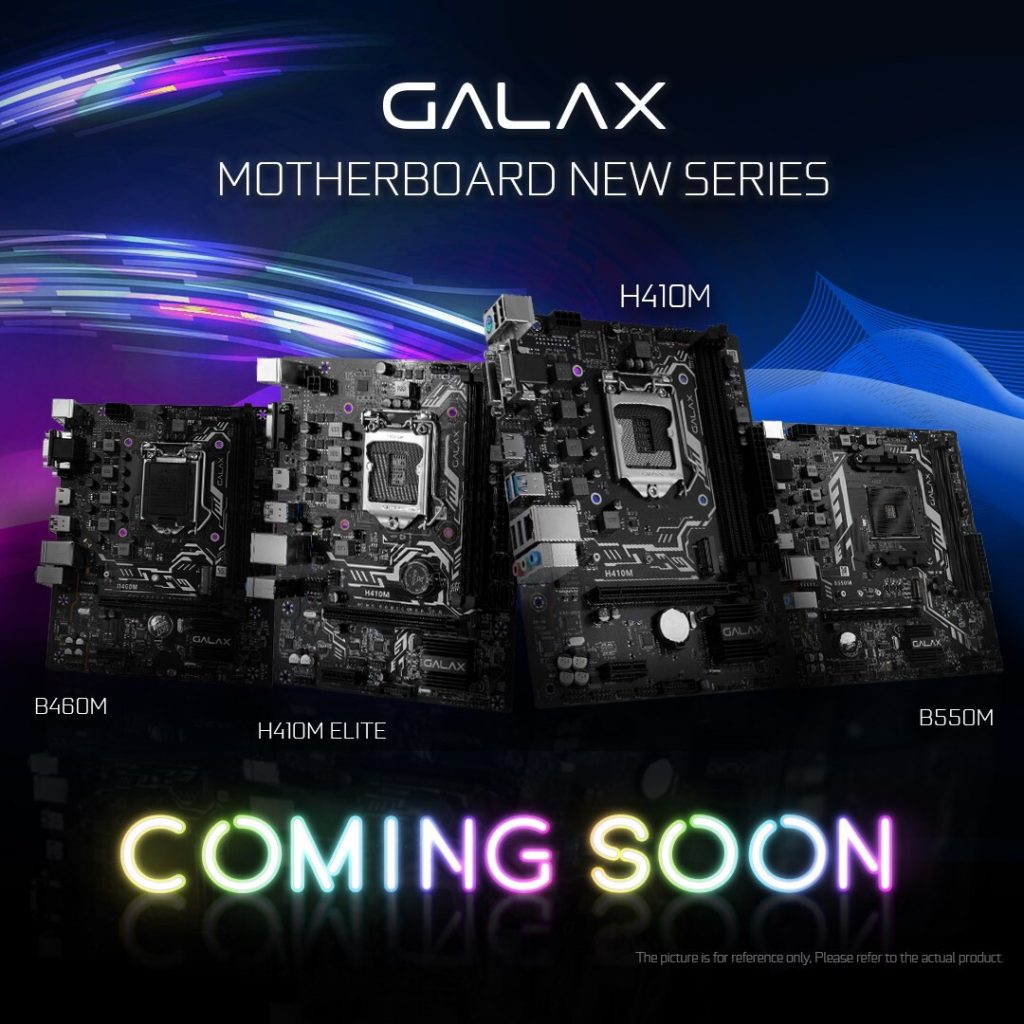 The company has also added to its AM4 motherboard range too, with a new board based on the recently released AMD AM4 B550 platform. Galax already has other AM4 motherboards based on the AMD X570 and B450 platform, but this is the first to be utilising B550, and just like the new Intel LGA1200 boards, the B550M is also micro-ATX form factor.

Although Galax has not officially announced the cost of these motherboards, we expect them to come with an affordable price tag, possibly under £100 if they reach the UK market. According to Galax, the motherboards are launching for the North American market initially, whether the boards will make their way across the pond remains to be seen.

KitGuru says: What do you guys think of these entry-level looking motherboards from Galax? Would they be something you would consider buying if they make their way to the European markets?