Gigabyte Aorus B550 motherboards have been announced. Compatible with Ryzen 3000 series processors, all of these new motherboards feature PCIe 4.0, improved thermal solutions and digital power design, making these boards the perfect alternatives to their X570 counterparts.

The Aorus B550 motherboards will be available with a 10+3 phase VRM on the Aorus Elite, 12+2 phases for the Aorus Pro (AC), and 16 phase VRM with the Aorus Master, managing up to 70A per phase. The Mini-ITX B550I Aorus Pro AX comes with digital power design of 6+2 phases, handling up to 90A per phase.

These motherboards are equipped with a “multi-cut heatsink design” for improved VRM cooling, while the Pro (not AX) and Master motherboards go even further with “fin-array heatsinks with Direct Touch Heatpipe”.  M.2 cooling was taken into consideration as well, as all of the B550 Aorus motherboards have a M.2 ‘thermal guard' design to ensure that any PCIe SSD operating temperatures are kept low. 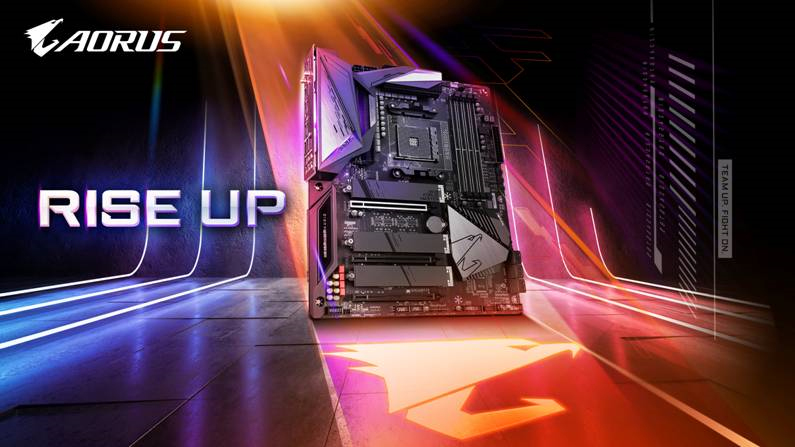 Featuring the latest version of Q-Flash Plus Technology, Gigabyte claims updating the motherboard BIOS is easier than ever. The BIOS interface has also been upgraded with better UI to manage any settings more intuitively. Additionally, you can use RGB Fusion to synchronise the LED lighting of compatible ARGB components of your system.

Besides the Aorus motherboards, Gigabyte also announced the B550M DS3H, which is an entry-level mATX motherboard with PCIe 4.0 support, Realtek 8118 (1GbE) and ALC887, and 4x RAM slots.

You can learn more about the Gigabyte B550 motherboards HERE.

KitGuru says: Were you waiting on the new B550 motherboards? Are you interested in any of the Gigabyte models?