MSI is about to release a BIOS update enabling support for PCIe 4.0 on all Z490 motherboards when paired with 11th Gen Core desktop processors. Thanks to the PCIe 4.0 support, users will be able to benefit from the extra performance offered by PCIe 4.0 compatible devices, including NVMe M.2 SSDs and graphics cards.

Certain requirements have to be met to enable PCIe 4.0 support on the Z490 motherboards. Some of those requirements include a PCIe 4.0 ready external clock generator, lane switch, Re-Driver, PCIe slots, PCIe 4.0 PCB layout, and dedicated M.2 connectors. 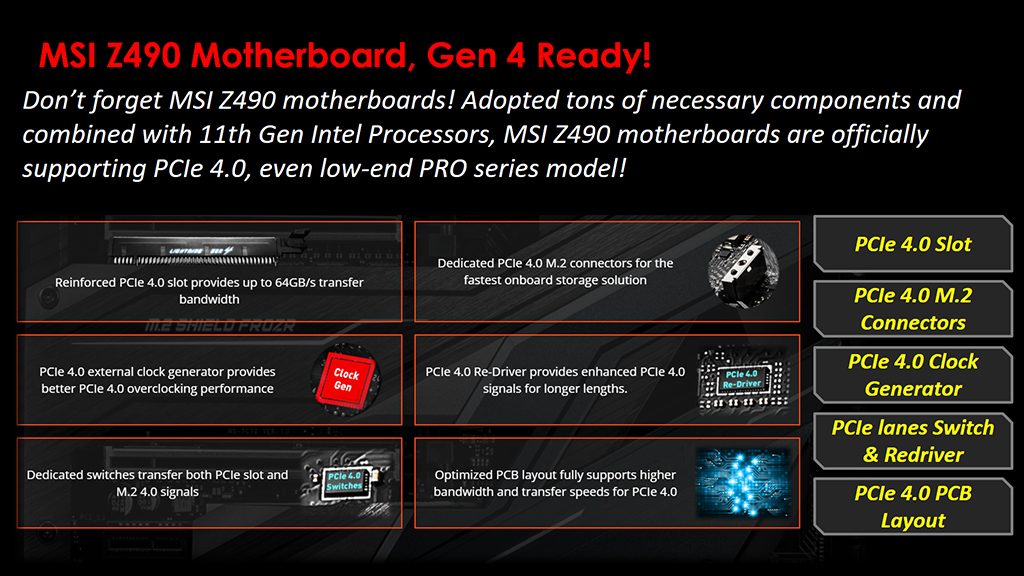 To update the MSI Z490 motherboard BIOS, users should follow the instructions presented by MSI on the support page of the respective product.

KitGuru says: Do you own an MSI Z490 motherboard? Will you be upgrading your BIOS to take advantage of new Intel CPUs and PCIe Gen 4?