If you have an MSI motherboard and you're having issues with undervolting and overvolting your Intel CPU, it could be due to a recent Windows 11 update, which appears to have mistakenly blocked these features.

According to this post on MSIGaming subreddit (via Tom's Hardware), since a relatively recent Windows 11 update, the operating system automatically enables Microsoft's Virtualization-based Security (VBS), or as Microsoft calls it, ‘Memory Integrity'. Once enabled, this feature blocks access to specific registry entries, including those needed by software overclocking tools and monitoring software like CPU-Z.

MSI is already working on new BIOS for 600, 500, and 400 series motherboards. A test BIOS for the 600-series boards already exists, but it still needs some testing before releasing it to the public.

If  your system was affected by this bug and you need an immediate workaround, you can disable VBS by accessing the Device Security category in the Windows Security app. Once there, look for ‘Core Isolation' and disable the ‘Memory Integrity' feature.

KitGuru says: Were you affected by this issue? Will you be waiting for a new BIOS or have you already disabled ‘Memory Integrity' manually? 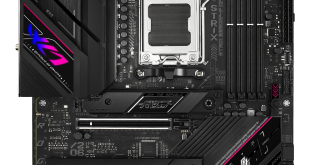