Gigabyte shows off AORUS AM4 motherboard for Ryzen CPUs

With the launch of AMD's Ryzen CPUs just a few weeks away at this point, motherboard manufacturers around the world are starting to debut their supporting hardware. Gigabyte has now done so in a recent Facebook post, showing off its new AORUS AM4 motherboard, complete with orange LEDs and large heatsinks for various important components.

Gigabyte didn't release a lot of information about this board, only stating that it's known as the GA-AX370-Gaming 5 and is designed with AMD's Ryzen CPUs in mind. We can infer a few details from the pictures though. 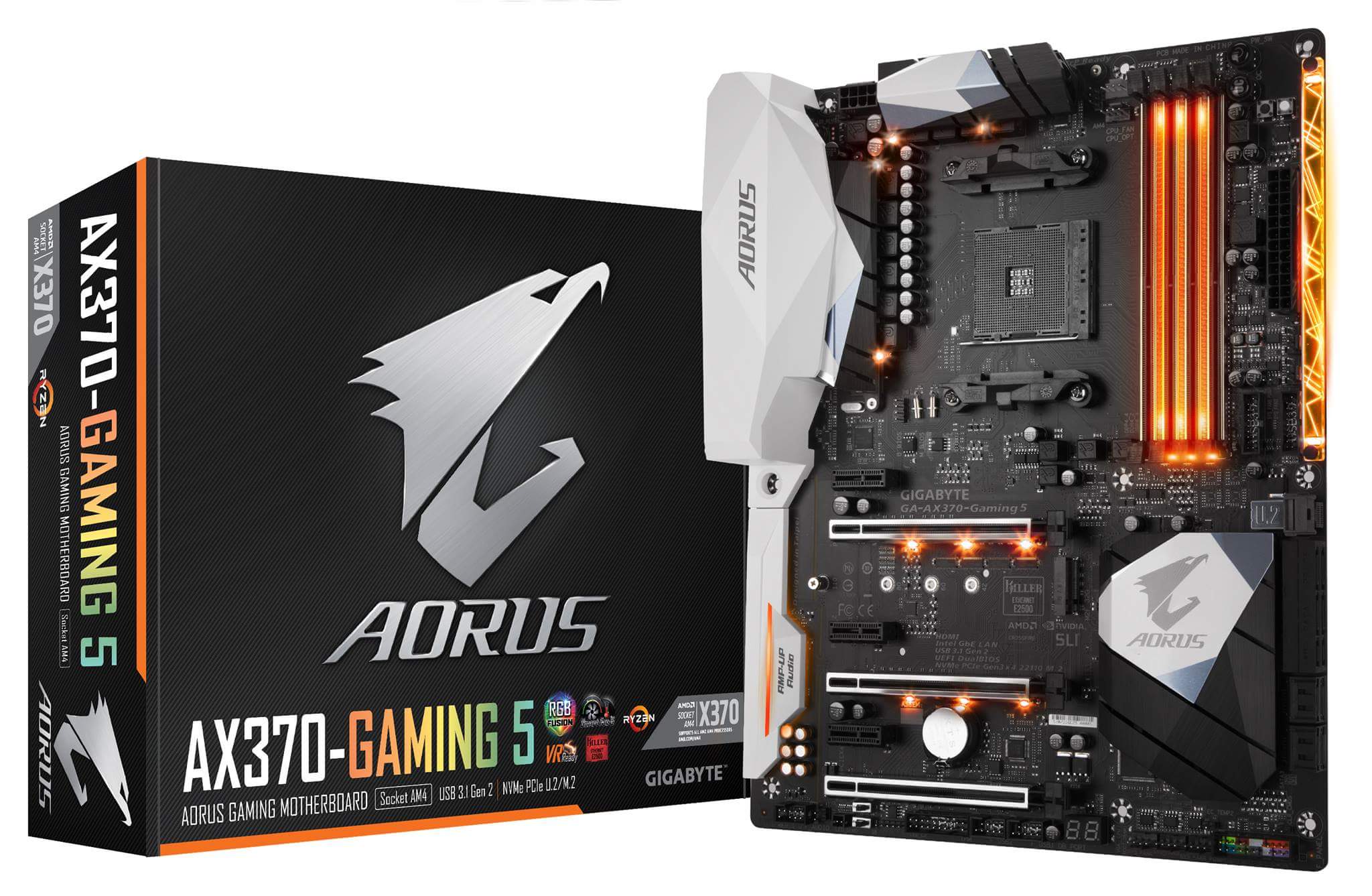 The board features three, full size PCIExpress ports, as well as a trio of NVME M.2 PCIE connectors. The layout is very clean, with the IO ports and SATA connectors confined to the edges of the PCB. 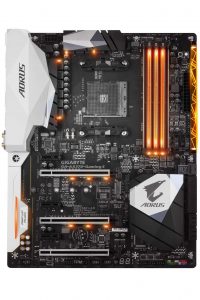 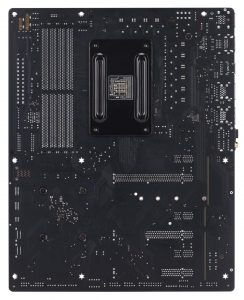 Orange LEDs light up the four DIMM slots and each of the top two PCIExpress x16 ports. There are large heatsinks on the chipset and PWM areas and an, EMI shield for the backplate IO connectors.

The rear panel has a PS/2 combi port, what looks like four USB 3.0 ports, some USB 2.0 ports, and a reversible USB 3.0 Type-C connector. There are also three additional USB 3.1 connectors. There are twin Ethernet ports, which look to be controlled by an on board Killer NIC and Intel Gigabyte Ethernet, and five gold plated 3.5mm audio ports which are handled by Gigabyte's on board AMP-UP audio solution. 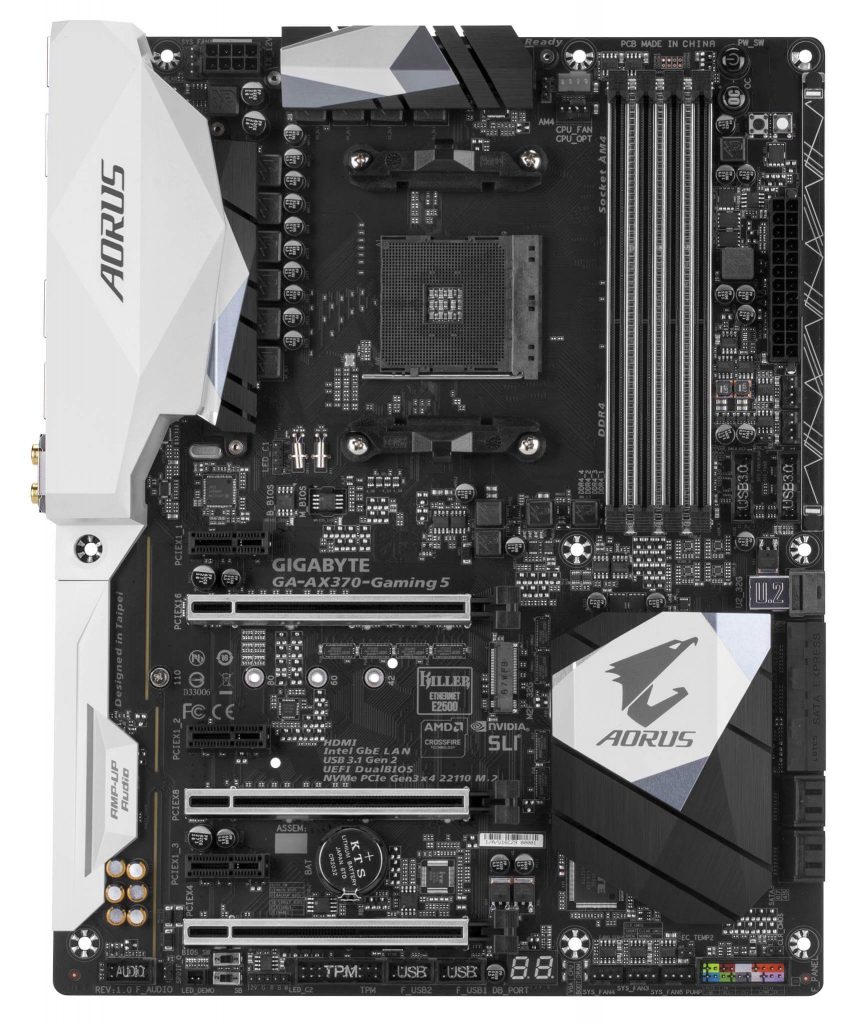 Kitguru Says: Are there any other features you guys can spot in these images?

Previous Verizon to shave $300 million from Yahoo deal
Next Hold on to your plumbus, Rick and Morty’s VR game is coming to PAX East