The ASUS ROG Crosshair VI Hero motherboard shows good performance that allows a Ryzen 7 CPU to flex its muscle. Overclocking performance was also solid, with the board managing to take our 1800X to 4.05GHz at a sensible 1.4V (once ASUS’ annoying LLC levels are figured out).

On the topic of overclocking, ASUS provides a number of useful tools for tweakers. Onboard voltage monitoring points are extremely useful, as are control buttons and the 2-digit debug LED. UEFI layout is a strength for straightforward overclocking (with the exception of aforementioned LLC complexities).

Overall design is a strength for the Hero. ASUS smartly deploys features of the Ryzen CPUs and X370 chipsets, such as 10Gbps USB 3.1 ports via an internal header and a vast number of 5Gbps USB 3.0 rear connections. There’s a 32Gbps PCIe 3.0 x4 M.2 slot with a direct connection to the AM4 CPU, as well as capability with a SATA SSD. However, ASUS has not given enough thought to M.2 SSD cooling using some form of heatsink. 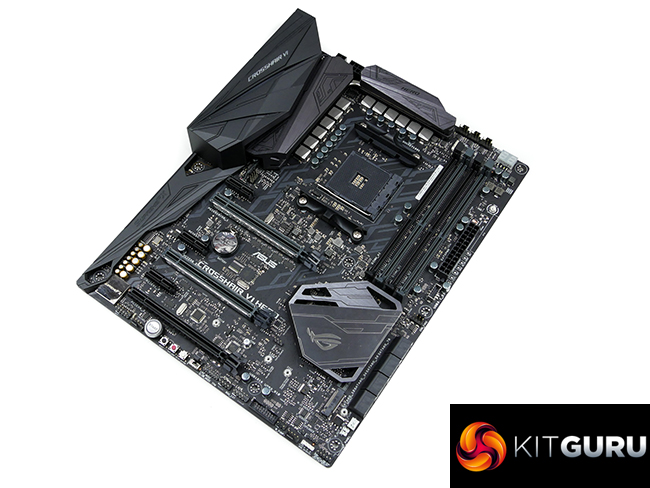 A strong, well-cooled power delivery system will be welcomed by Ryzen 7 users. The chips demand a sizeable amount of power when overclocked and keeping the MOSFETs cooled is important for system longevity. Performance from the audio system was strong and we would have no reservations about using onboard audio on a daily basis with this motherboard.

ASUS includes a pair of 4-pin RGB LED strip headers that can be controlled using AURA software in Windows. I am disappointed to see a lack of UEFI-based control but ASUS deserves praise for including two headers at opposite ends of the motherboard, which is ideal for mounting flexibility. The rear IO and chipset onboard LED zones are minimalistic but work fine.

Stability is an area that ASUS still needs to work on. Our favourite button throughout testing became the clear CMOS button. Getting memory to work at 3200MHz proved to be an art given the absence of an outright XMP solution that we trusted (after D.O.C.P. killed a different C6H sample). We are, however, confident that further BIOS updates will fix issues as the entire platform is still young.

Fan control was good through both the UEFI and OS-based software. ASUS includes a number of software tools that may be of use to niche sections of the purchase base, such as RAMCache which could aid budding videographers.

The ASUS ROG Crosshair VI Hero is available at Overclockers UK for £259.99.

KitGuru says: A strong high-end AM4 offering with a good balance of features and solid overclocking support. 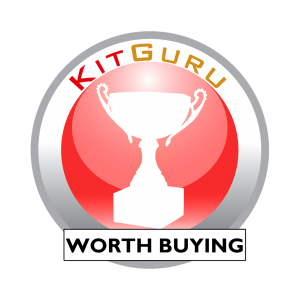