KitGuru was recently invited to a press event where Asus discussed and showed-off its series of motherboards based on the ‘future Intel chipset'. While information surrounding the chipset is still under Intel's NDA, prepare to indulge in a photographic gallery of Asus' upcoming motherboards. 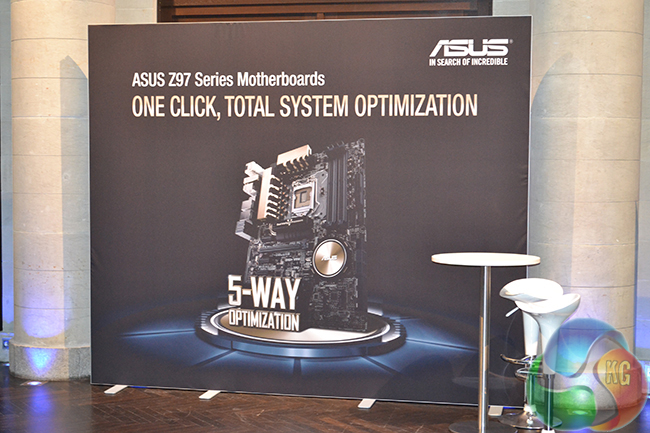 Asus' ‘Z97' Series motherboards scale a number of price ranges aiming to cater for a variety of users. 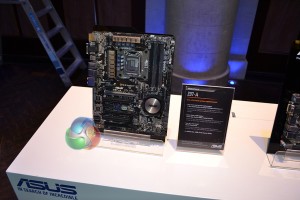 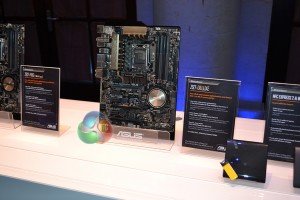 Starting off at the entry-level board of the series, Asus' Z97-A aims to cater for users looking for a low-cost motherboard that does not skimp on warrantable features.

The Z97-A features multi-VGA support and is equipped with M.2 and SATA-Express high-speed storage connections.

We will be publishing an in-depth preview of the Asus Z97-A motherboard in the next few days.

At the complete opposite end of the scale, Asus' Z97-Deluxe motherboard aims to cater for users who need and want a feature-filled system. 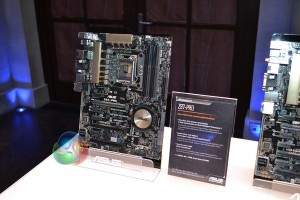 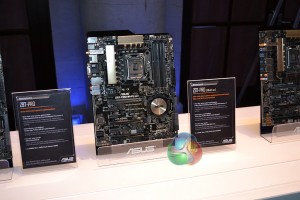 Slotting between the high-end Z97-Deluxe and entry-level Z97-A motherboards is the Z97-Pro. Available in with and without 802.11ac WiFi, Asus will be hitting a mid-range price point with its Z97-Pro motherboards. 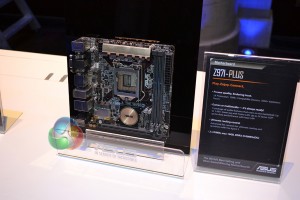 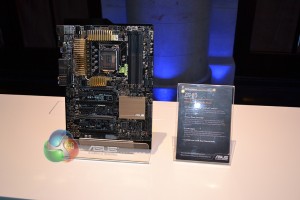 In addition to many of the same series-wide optimisations as its ATX siblings, the Z97I-Plus also features a mini-PCIe wireless connector, and a rear-mounted M.2 slot.

Targeting professional workstation users, the Asus Z97-WS features optimisations for troubleshooting. SATA-Express and M.2 connectors are present and the storage interfaces' 10Gbps bandwidth may be welcomed by users with IO-heavy workloads.