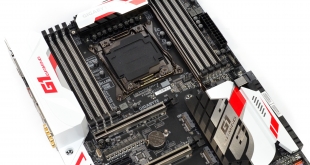 Gigabyte has taken the Broadwell-E launch as an opportunity to update its X99 motherboard line-up. Today we will be examining the X99-Ultra Gaming – a feature-rich motherboard with premium offerings which include multiple PCIe storage interfaces, Intel USB 3.1, and user-customisable RGB lighting. 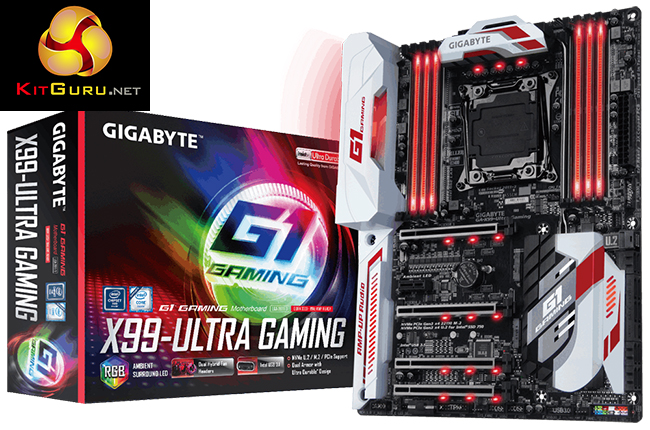 Alongside the new LGA 2011-3 socket that features additional pins for improved overclocking potential, Gigabyte also qualifies the X99-Ultra Gaming for operation with 128GB of system memory and DDR4 frequency support of up to 3.6GHz. USB 3.1 Type-C connectivity derives from Intel’s well-received controller, while Killer’s E2400 NIC joins the usual Intel offering to give gamers a pair of options.

For storage buffs, Gigabyte offers a pair of PCIe 3.0 x4 links – one M.2 and one U.2 – for fast NVMe SSDs. There’s also slot spacing that’s beneficial to GPU cooling for users interesting in running multiple graphics cards in SLI or Crossfire. Aside from the core hardware offerings, Gigabyte has also outfitted the X99-Ultra Gaming with a revamped UEFI that addresses many user requests from the previous generation of motherboards.

Has Gigabyte’s mixture of features and new UEFI styling combined to form a tempting motherboard in the X99-Ultra Gaming?