AMD's new Ryzen 7 processors are already turning out to be very popular with 60 percent of our own polled readers apparently planning to buy one. With that in mind, if any of you happen to be looking at putting together a Mini-ITX build, then it looks like Biostar has you covered with its new X370 GTN Mini-ITX AM4 motherboard.

Biostar has a series of ‘Racing' X370 motherboards planned for Ryzen, including ATX, Micro ATX and Mini-ITX models. The new X370GTN and B350GTN will both be Mini-ITX designs, with individual PCIe x16 slots, two DDR4 RAM slots and four SATA ports for SSDs and HDDs. 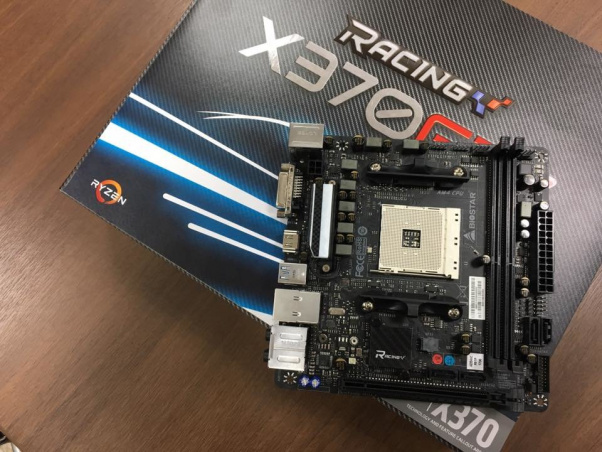 Both of these Mini-ITX boards feature seven phase power, 100% solid capacitors, 7.1 audio, Realtek LAN, 4x SATA 6Gb/s and 1 M.2  slot. For on-board video users there is a HDMI 1.4 and DVI port and for additional connectivity, you will get two USB 3.1 slots (one Type-A and one Type-C), six USB 3.0 ports and two USB 2.0 ports. The key difference between the X370 version and the B350 version is M.2 speed, judging by the specs over at Computerbase, the X370 M.2 slot has access to 32Gb/s speeds while the lower-end B350 chipset is limited to 16 Gb/s.

Pricing and availability information isn't here just yet but we should learn more on that front soon as these motherboards get closer to hitting the market.

KitGuru Says: The AM3 socket didn't get much small form factor support so it is good to see that changing right out of the gate with Ryzen and socket AM4. Are any of you thinking of putting together a Mini-ITX Ryzen build this year?