Whilst GPU prices may be steadily falling, mining is still big business for hardware companies, and ASUS is looking to capitalise on that with the Mining Master. A motherboard geared towards miners that can support up to a whopping 20 GPUs.

The Mining Master is an ATX board that uses the H370 chipset, so it supports Coffee Lake generation CPUs, including the Intel Core, Pentium, and Celeron processors (the latter of which miners are most interested in). It also features support for Gigabit LAN, two SATA 3 6Gbps ports, and two DIMMs of DDR4 RAM (32GB and 2666MHz max).

What’s really got people interested in the Mining Master is the support for twenty GPUs, which is achieved via the twenty PCIe over USB 3.1 Gen 1 ports available right on the board. You can use the PCIe 16x slot, but that will disable the first USB port, 20 GPUs is the maximum. 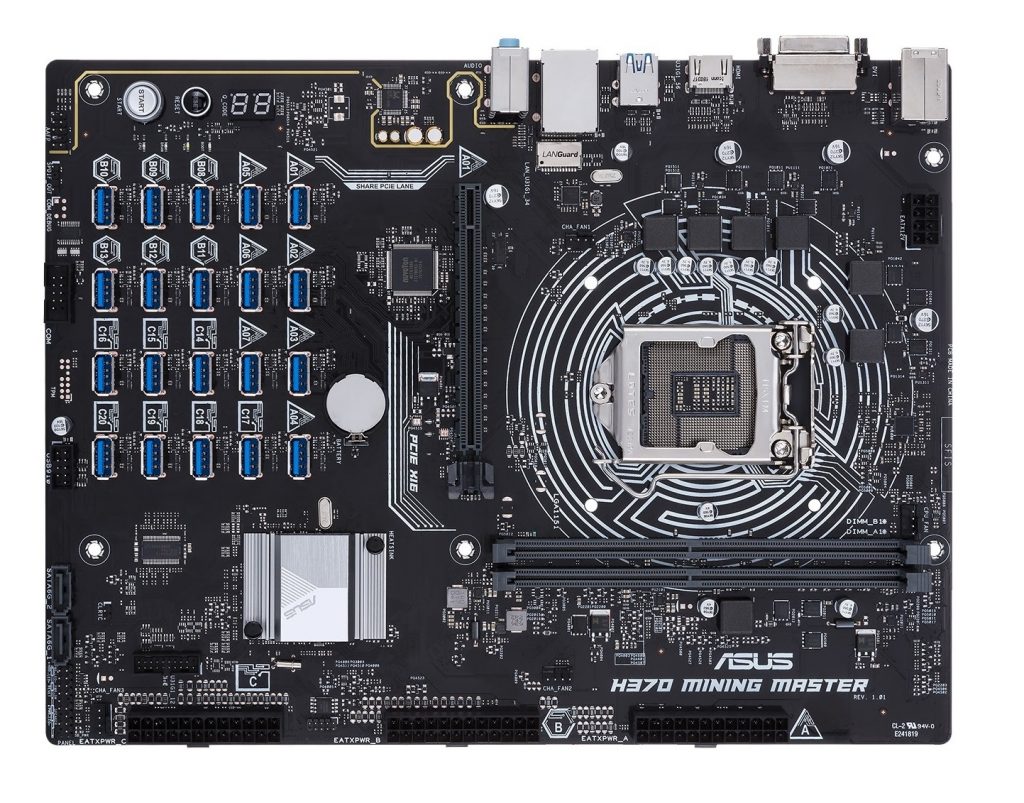 ASUS is utilising PCIe over USB because miners tend to use PCIe 1x to 16X risers for their GPUs. Mining doesn’t require a huge amount of bandwidth, so 1x slots are plenty. The 1x and 16x riser boards are connected via a USB 3.1 cable, thereby removing the clutter associated with 1x risers by just using a USB slot. ASUS also claims that this is much sturdier as well, resulting in less accidental disconnects.

In addition to the support for twenty GPUs, the Mining Master also supports up to three PSUs with its three 24 Pin Power connectors located directly on the board. This board will also come with ASUS's GPU State Detection GUI, shows you the state of each GPU before booting. It can discern if a card is working correctly in each port and if there is no card installed. It can also tell you if there is an error and assigns a code to it so you can troubleshoot the problem.

The ASUS Mining Master should be released sometime later this year, but there is no official word on pricing yet.

KitGuru Says: The Mining Master will surely be of interest to the serious miners out there, but pricing may be key to whether it succeeds or not. What do the crypto miners of KitGuru think of this board?