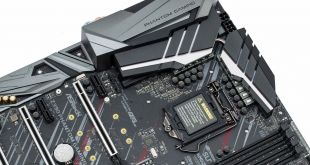 Intel's Z390 marks an incremental improvement to the preceding Z370 chipset, rather than a major redesign, but many motherboard manufacturers have chosen to set standards higher with Z390 motherboards than with Z370. Intel's Z390 chipset is there to facilitate new Coffee Lake Refresh processors like the Core i9 9900K and i7 9700K which have more cores, higher power requirements and a higher price point. The new ASRock Z390 Phantom Gaming 9 is an ideal candidate for these new processors. 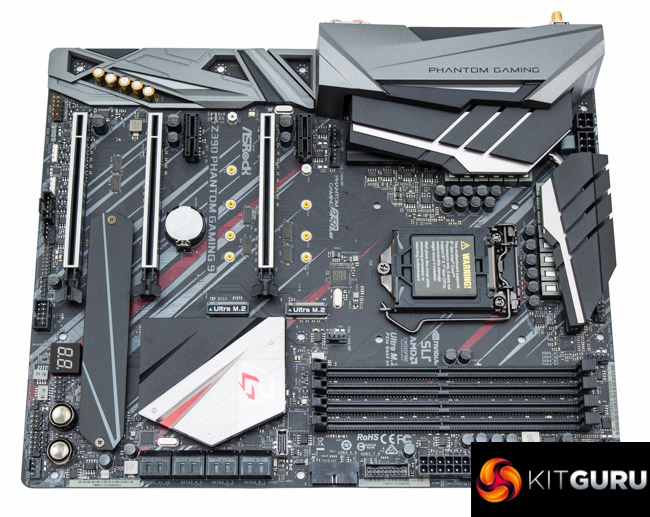 The list of official changes between Intel's Z370 and Z390 chipsets is short. Intel Z390 brings the following additional features over Z370: six native integrated USB 3.1 (Gen2) 10Gbps ports, Integrated Intel Wireless-AC Support (CNVi) with Bluetooth v5.0 and an Intel Management Engine Firmware uplift to version 12. In the longer term Intel Z390 will likely phase out Z370 but the two will run parallel for as long as the market holds existing inventory.

Many motherboard vendors have uprated the quality of their VRMs, onboard connectivity and features with Z390 to attract the type of buyer willing to splash out on one of Intel's newest Coffee Lake Refresh CPUs. A quick glance at any major etailer shows the entry, average and most expensive prices for Z390 motherboards is higher than Z370 equivalents.

That said the availability of more affordable Z390 motherboards has begun to increase in recent weeks for consumers looking to pair up with “normal” Coffee Lake 8000-Series CPUs.

ASRock's Z390 Phantom Gaming 9 joins the segment of the Z390 market aimed at i9 9900K and i7 9700K users looking for a capable foundation to build on. The headline feature for this motherboard is the new Realtek 2.5 Gigabit LAN solution, though in practice the important feature for most buyers is the 10 plus 2 phase VRM for the CPU, which includes heat-pipe cooling.

Other interesting features include dual Intel Gigabit LAN and Intel AC WiFi as well as plentiful onboard RGB lighting and ample LED expansion headers. It's feature rich by anyone's definition, but can the ASRock Z390 Phantom Gaming 9 justify its high price tag? Let's find out.