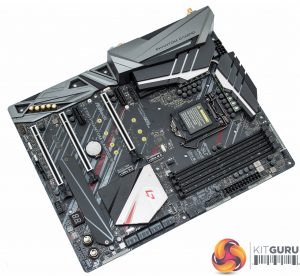 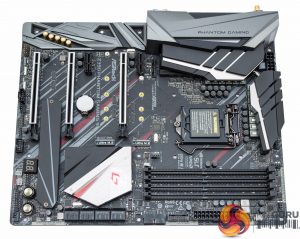 The ASRock Z390 Phantom Gaming 9 is fairly reminiscent of other Intel 300-series Fatal1ty series products in its appearance, such as the Fatal1ty H370 Performance. It’s colour scheme is a mixture of black, grey and silver with subtle red accenting and there’s a stylised rear I/O cover and heatsinks. 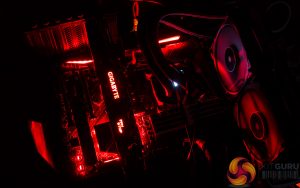 This motherboard has three main onboard RGB lighting zones, there is an LED strip inside the rear I/O cover, the audio cover and within the chipset heatsink. There are three expandable LED headers, all located after the last PCIe lane, for further customisation. 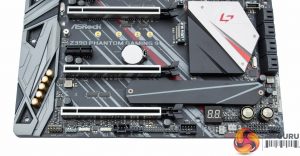 ASRock equip 8 SATA ports on this motherboard which is somewhat prudent as there is a lot of bandwidth sharing between the chipset SATA ports and the M.2 slots. If all three M.2 slots are used as SATA drives, only 1 chipset SATA port would remain available hence ASRock’s decision to equip two more SATA ports through an ASMedia controller. At this price point it is somewhat reasonable to expect buyers to have demanding storage requirements in both M.2 and SATA III varieties.

Along the bottom of the motherboard are the three RGB headers and some tweaking/diagnostic tools – dual BIOS chips, power and reset buttons and a code reader.

There are three M.2 slots but only the last M.2 slot has cooling with a heatsink that is measured to fit only this slot. Unlike on some other motherboards the heatsink cannot be moved to another slot as it uses specific mounting holes. 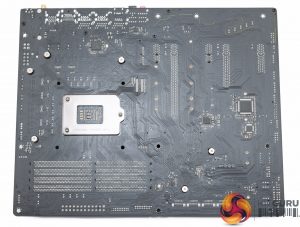 The rear I/O is well equipped with ample networking, the red LAN port is the 2.5 Gigabit LAN connection, as well as ample USB including Type-C and 10Gbps ports. ASRock has added a pair of display ports capable of 4K UHD including DisplayPort 1.2 which can do 4K at 60Hz, though the HDMI port is only HDMI 1.4b so is limited to 30Hz at 4K. The small button is to clear the CMOS and makes for a complete diagnostic and tweaking package.

Underneath the motherboard there are only cross-head screws which is helpful for maintenance and modification. It’s possible to see some of the additional ICs and controllers including the RTL8125AG 2.5 Gigabit LAN chip, six IR3598s under the CPU VRM and other ICs on USB or I/O duties, such as the USB 3.1 ASM1543 redriver. 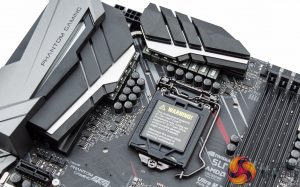 An initial glimpse at the CPU socket gives the impression that a 14-phase CPU is in operation. However, as we’ll detail later it’s actually a 10+2+1+1 solution for VCore, iGPU, VCCSA and VCCIO, respectively. It does, impressively, have a heat pipe cooling solution which should keep temperatures down when overclocking, though airflow to the rear-most CPU heatsink will be somewhat restricted because of the I/O cover.

ASRock provides 8+4 pin power connections for the CPU socket though any “normal” user making use of air or liquid cooling will only require the 8pin. 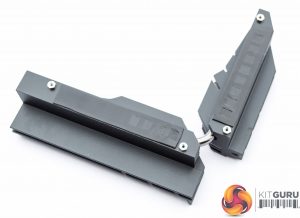 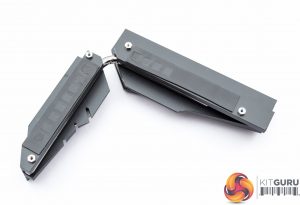 The heatsink design for the VRM is a cut above most entry-level and mid-range motherboards since it includes a heat pipe which is more effective at removing heat than a single block of aluminium. 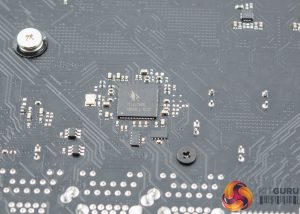 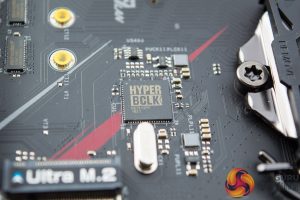 The RTL8125AG chip found underneath the motherboard is responsible for the 2.5 Gigabit LAN connection.

The Hyper BCLK chip allows for a wider range of base clock adjustments when overclocking the CPU. 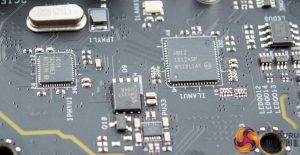 The two Intel Gigabit network controllers are found near the audio section, the larger chip is the Intel I211AT and the smaller is the I219V. 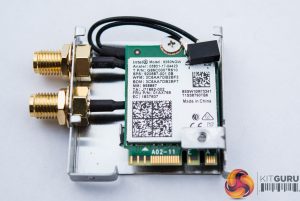 The WiFi solution is an Intel 9260NGW on a PCI Express 1X link, it has two external antenna ports and integrates Bluetooth v5.0 capability. 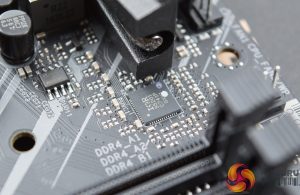 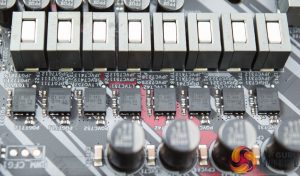 The CPU PWM Controller is the Infineon IR35201 controller. It supports up to 8+0 or 6+2 phases but in this particular implementation it runs as 5+2 phases actual, 10+2 phases virtual.

The specific breakdown of the VRM is 10 phases for the VCore using 5 PWM signals from the IR35201 with 5 IR3598 doublers, then 2 PWM signals for the 2 iGPU phases with an IR3598 acting as the driver for both phases. 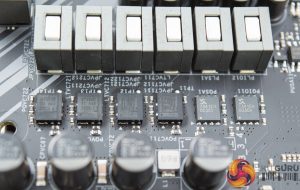 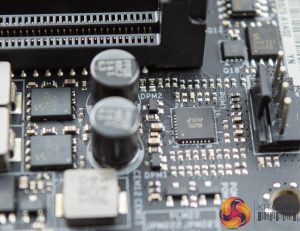 There are fourteen chokes and a plethora of Nichicon FP Series 12,000 (12K) hours rated capacitors.

The VCore and iGPU phases all use 87350D Texas Instruments NextFETs (40A) which are integrated high and low-side packages. The two additional rails, 1 phase for VCCSA and 1 phase for VCCIO, use Sinopower SM7341EH integrated MOSFETs, capable of 44 amps, with Anpec APW8720B single phase controllers.