To test the Gigabyte Z370N WiFi motherboard’s CPU overclocking potential, we set the CPU vCore no higher than 1.3V and push for the highest stable clock speed. We maintain the DRAM frequency at 3200MHz to take memory stability out of the overclocking equation. Once the highest clock speed for 1.3V is achieved we see if there is potential to roll back on the voltage while maintaining system stability. 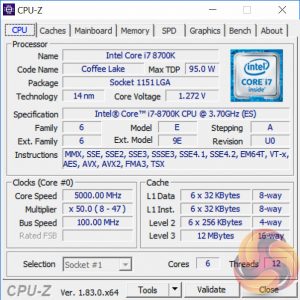 Our CPU is capable of up to 5GHz with no more than 1.3 volts of vCore, 5.1GHz or more requires going beyond 1.3 volts which is not ideal for 24/7 operation. At 5GHz we were able to keep things steady with 1.275 volts. To get the voltage to hold steady the “Turbo LLC” setting is required, which is the highest setting, and this has virtually no voltage drop-off. 1.275 volts only fell away slightly to 1.272 volts, which is negligible amount. 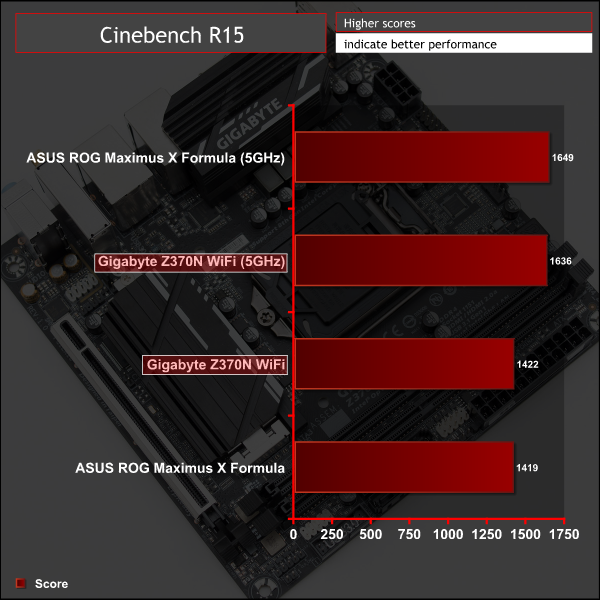 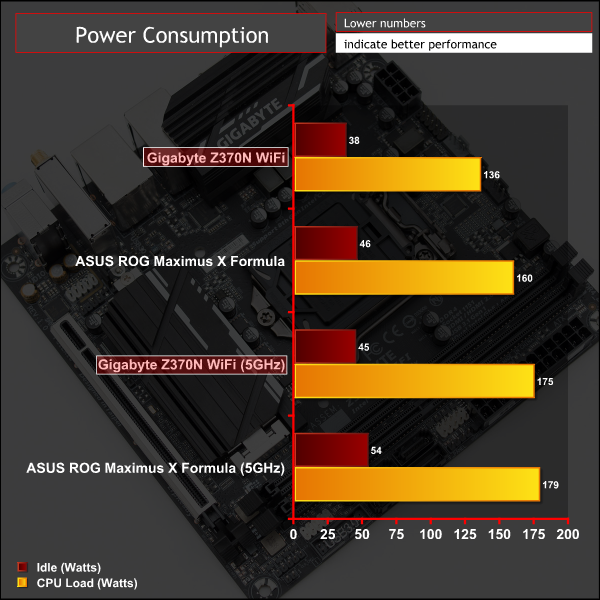