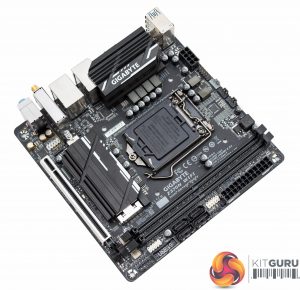 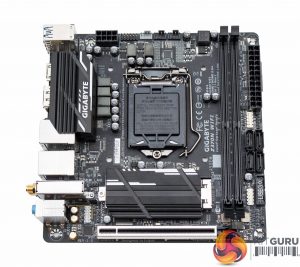 Gigabyte’s Z370N WiFi is neutral in its aesthetic using black or silver for the most part, it’s a discerningly “normal looking” mini-ITX motherboard by anyone’s standards. 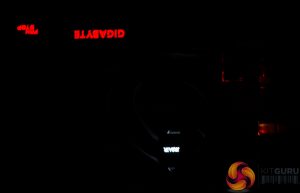 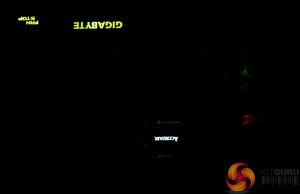 Some onboard LED lighting is provided on the underside of the motherboard around the audio PCB separator but it is feeble in brightness at best and hardly visible against the LEDs from the Gigabyte GTX 1080 G1 Gaming graphics card and Corsair H100i v2 CPU cooler that comprise the KitGuru test bench.

Optional LED connectivity is provided through a “Digital LED Strip Header” marked D_LED, with a separate jumper that toggles between 5v and 12v configurations as well as an LED_C RGB header with support for 12v G R B W strips (or variants thereof) including our standard CableMod strips.

Amazon and other popular retailers stock a number of compatible digital LED strips (12V|Din/Dout|GND or 5v|Din/Dout|GND) as a suitable alternative to the 12vGRB/12vBRG strips. An ITE 8295FN chip provides the LED control functions. 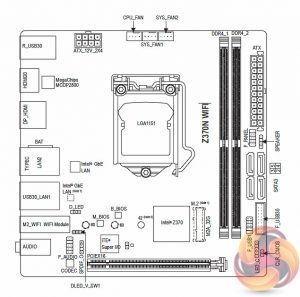 Gigabyte provides a convenient labelled diagram that illustrates most of the connectivity and features available.

The PCIe lane is shielded which should enhance long term durability. Next to the PCIe lane is the Realtek ALC1220 audio codec paired to a selection of Nippon Chemi-Con audio capacitors.

Along the side of the motherboard we find four SATA ports, since there presumably wasn’t space for six, as well as the USB 2.0 and 3.0 headers.

Along the top edge of the motherboard is the 8pin CPU power input along with three fan headers marked CPU fan, SYS Fan 1 and SYS Fan 2 that are controlled by three nuvoTon 3947S ICs

The rear I/O offers up the following ports:

Of note is the fact one of the HDMI ports is version 2.0 supporting [email protected], provided by MegaChips MCDP2800BC, while the other is HDMI 1.4 port through an ASMedia ASM1442K controller. 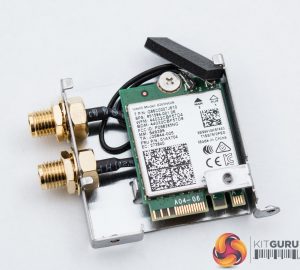 The rear I/O WiFi unit is an Intel Wireless-AC 8265NGW module, which is a two-transmitter and two-responder unit with Bluetooth 4.2 that connects to the provided external antenna. 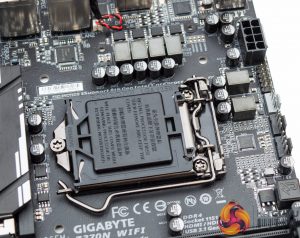 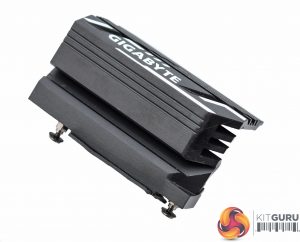 The CPU vCore VRM is cooled by a black aluminium heatsink and a thermal pad. It’s a compact design so it shouldn’t be expected to sustain heavy overclocks for any extended duration. 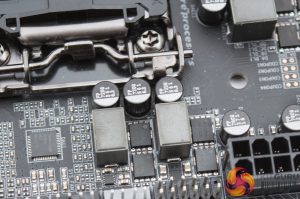 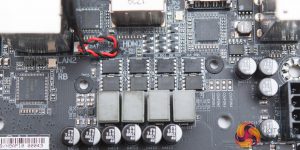 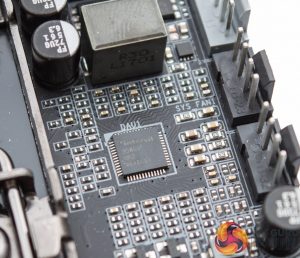 VCCSA, VCCIO and memory phases are comprised of a myriad of other MOSFETs and minor VRMs that are not easily distinguishable. 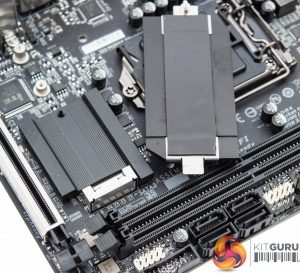 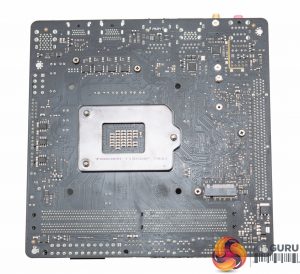 The M.2 thermal solution includes a heatsink and thermal pad shared with the Z370 chipset, and up to 80mm M.2 drives are supported. Next to the M.2 slot is the ITE IT8686E I/O controller chip.

Underneath the motherboard is a second M.2 slot, also supporting up to 80mm drives, along with a number of cross-head screws that secure the CPU VRM heatsink, chipset heatsink and WiFi module. Four of the low-side vCore MOSFETs sit on the underside along with the Intel I219V controller, ITE 8295FN LED controller chip and three nuvoTon 3947S ICs that provide controls to the three fan ports.