Microsoft almost made the Xbox One discless

With the progress that services like Steam, Origin and Netflix are making these days, many think that packaged media is a thing of the past. Despite this, they continue to play an important role in the industry, but not so much that Microsoft didn't consider removing the optical disc drive from its Xbox One as late as mid-2013.

Distribution of video games via the Internet has its pros and cons. Digital delivery can almost entirely eliminate piracy and allow gamers to enjoy new titles immediately after they are released without needing to go to the shops or order them from online stores. In addition, with no need for physical media, platform owners and game developers reduce their expenses. However, console developers have to establish power-consuming data centers to distribute titles. Furthermore, not every gamer on the planet has a high-bandwidth Internet connection that allows downloading modern titles (which can take up to 20GB of storage space or more) rapidly. Therefore, optical media may still be needed by many, which is why Microsoft kept the Blu-ray drive in the Xbox One console.

“There was a real discussion about whether we should have an optical disc drive in Xbox One or if we could get away with a purely disc-less console, but when you start looking at bandwidth and game size, it does create issues. So we decided – which I think was the right decision – to go with the Blu-ray drive and give the people an easy way to install a lot of content. From some of those original thoughts, you saw a lot of us really focusing on the digital ecosystem you see on other devices – thinking of and building around that,” said Phil Spencer, corporate vice president of Microsoft Game Studios, in an interview with the Official Xbox Magazine. 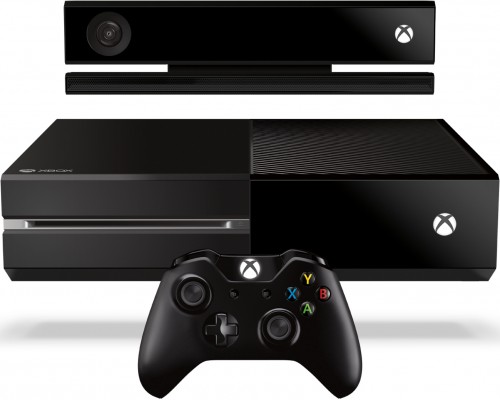 Optical media remains important not only because of game sizes and bandwidth requirements though. Department stores that sell consoles need a motivation to carry hardware. One of the greatest motivators for them are video games; people buy consoles once ever few years and then keep coming back for discs with the latest titles. Without packaged media, store chains will be less inclined to carry consoles.

KitGuru Says: Optical discs will remain on the market for quite some time, especially in the rural areas without fast internet connections. However, it looks like it is generally inevitable that the market will shift to digital distribution before long, since it is simply much more convenient for many users. What will happen to optical media business of store chains then?