ATX12VO is the new PSU standard that might launch this year

For a long time, PSUs have been produced following a triple-rail standard – 3.3V, 5V and 12V. This seems to be about to change with Intel readying up a release of the new ATX12VO platform, scheduled for later this year. Initially, this will only be for OEMs and system builders but it will eventually hit the DIY PC market.

According to CustomPC, this is the biggest change in “PC power supply design since 1995”. Instead of using the currently used “standard”, the PSUs in the future will only provide 12V power to the motherboard, graphics cards, storage devices, fans, and any other internal peripheral or device.

With this change in design, the current 24-pin ATX connector used to feed the motherboard will be replaced by a new 10-pin connector (image below), and the EPS connector, also known as the auxiliary power connector, will be optional. This confirms some of what Leo heard at CES 2020 when he visited FSP and saw their 12V-only PSU. 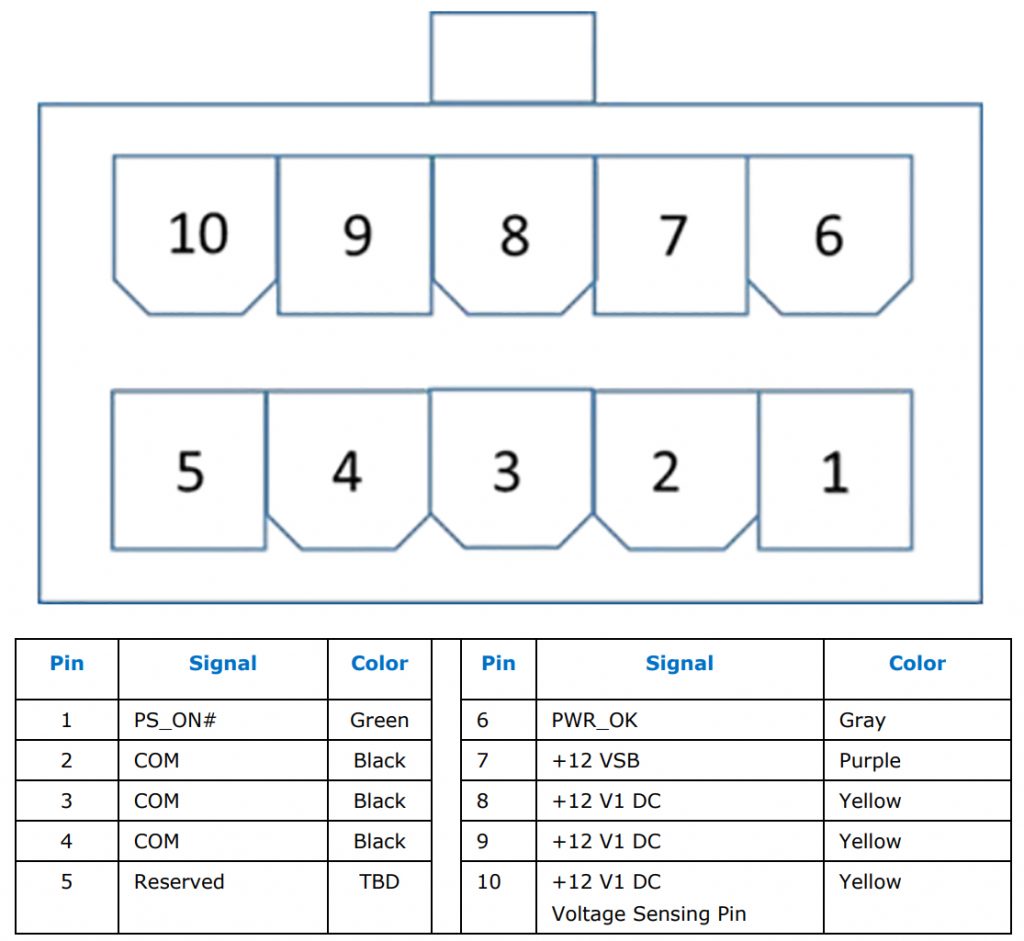 The rail design changes include the substitution of the 5VSB rail,  commonly used by USB peripherals to remain powered up, with a 12VSB rail, but the USB output will remain at 5V. In order for a device to work, the motherboards will take care of the voltage conversions needed, from 12V to 5V. SATA-powered devices will also need voltage conversion, as most use 5V too. The motherboard will also have to convert the voltage to 5V, thanks to an additional “side-mounted SATA power connector near the SATA data ports”.

In the beginning, only OEMs and system builders will have to follow this standard. These changes require new PCs, and respective components, to be built using either the ATX or the ATX12VO platforms. This way, motherboard companies can start by adopting the ATX12VO on their mass production lines, and only later adopt it on the multiple motherboards they produce for the DIY PC market.

KitGuru says: What do you think of this move, and how long will it take to hit the DIY market?