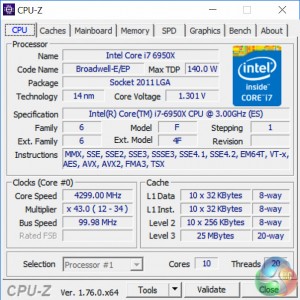 Our chip isn’t stable enough to run beyond 4.3GHz with safe voltages and the MSI Godlike Gaming Carbon was equally as capable of achieving the maximum clock speed as other X99 boards we’ve tested.

Performance was in line with the frequency though a slight advantage over the ASUS motherboard of 25 Cinebench points is hard to pin down as memory and cache frequencies were identical. We were also pleasantly surprised to see power consumption lower on the MSI motherboard despite identical core voltages.

Given CPU-Z measured no voltage droop on either motherboard we’d assume the power consumption difference derives from the auto voltages set on other parameters like the CPU cache, VCCIO and PCH as well as the background power draw of network controllers and other board components. 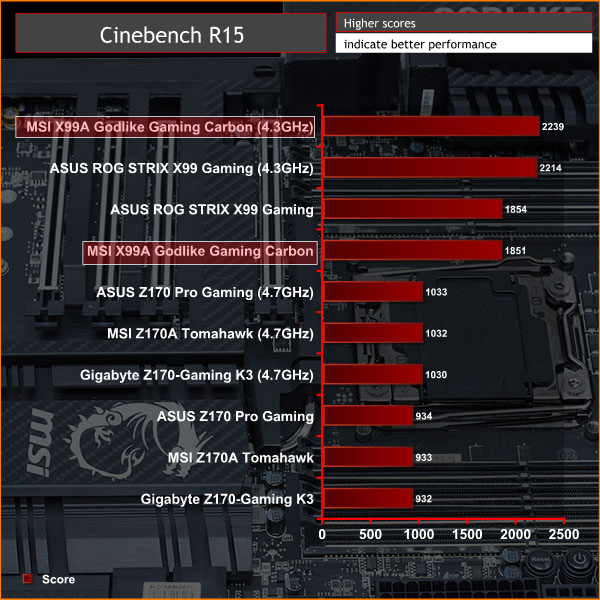 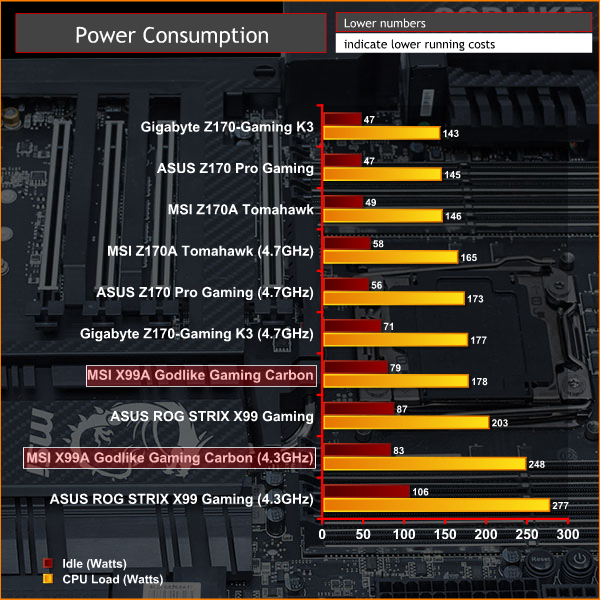