The MSI Click BIOS is consistent in its design across the bulk of MSI’s motherboard portfolio, though X99 brings with it some additional features and settings not present elsewhere.

Click Bios 5 is presented in either the “EZ mode” or an advanced mode. The EZ mode is a single page which offers key functions like boot priority, XMP, OC Profiles (OC Genie 4) and numerous other things.

In light of our recent review of the ASUS ROG STRIX X99 Gaming, we’re pleased to see MSI only enables a 3.5GHz all-core overclock when you enable XMP – as opposed to the power-hungry 4GHz profile ASUS applies with XMP. 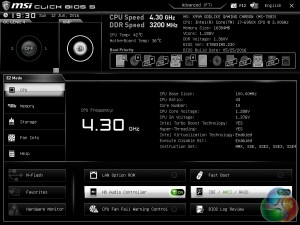 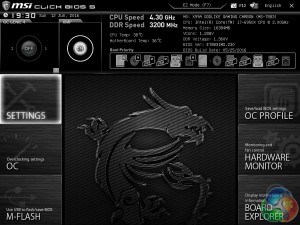 MSI attempts to offer a more intuitive advanced mode with further “difficulty” filtering in the OC tab. You can choose between a simple layout or an advanced one, the main difference being the simple layout hides the more obscure functions.

Within the simple mode you can still overclock through the multiplier, increase the voltages and so on. 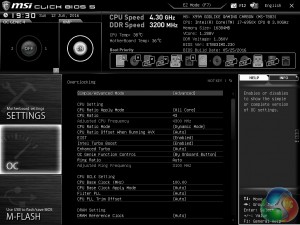 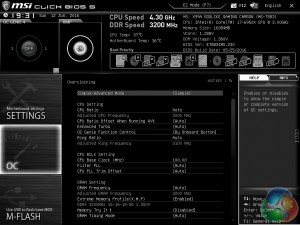 Advanced mode will bring in to play one of the key features of Broadwell-E – the per core overclocking. Older platforms have and do support different CPU core frequencies per core, though with Broadwell-E you get an indication of which core is the most capable.

MSI’s implementation is a lot better than ASUS’ because rather than telling you what the best core is, MSI rank them in order of overclocking quality. This means if you want to implement a profile which significant core variation, e.g. 2 cores at 4.5GHz, 2 cores at 4.4GHz, 2 cores at 4.3GHz, etc, you know which are the most capable cores to select. 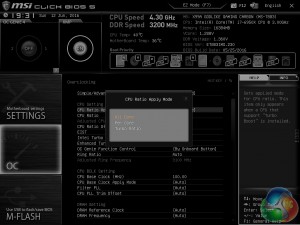 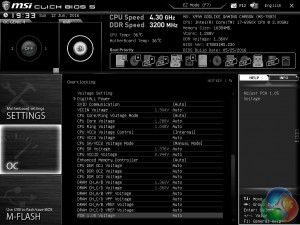 MSI’s UEFI is often overlooked, particularly in the HEDT segment, but it is very competent for overclocking prowess. Under the advanced section you’ll find a long list of CPU features that can be tweaked, as well as an endless list of voltages. 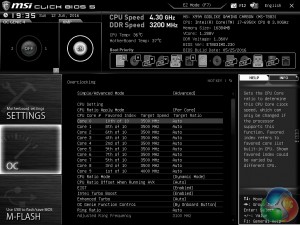 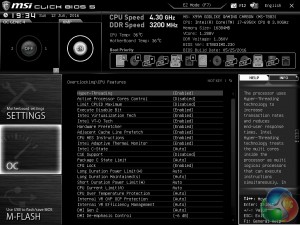 In practice most people will not want to change these settings, neither will they need to, but the freedom to experiment is part of what makes an enthusiast product.