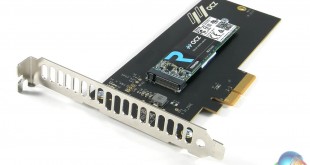 The RD400 is the first Toshiba-OCZ branded SSD to hit the market and is also Toshiba’s first NVMe PCIe consumer drive. The flagship 1TB model has another claim to fame as the first 1TB class NVMe M.2 drive aimed at the consumer space.

Although the RD400 is Toshiba’s first NVMe drive for the consumer market, they have been using the technology for a while in the enterprise space.

The PCIe Gen 3 x4 NVMe 1.1b compliant drive is available as either a M.2 2280 standalone drive or mounted in a PCIe Half Height, Half Length (HHHL) add in-card rather like Kingston’s HyperX Predator.

As well as the flagship 1TB model, the RD400 will also be available in 128GB, 256GB and 512GB capacities. The combination of controller, NAND and cache that the drive uses first saw the light of day as the Toshiba XG3, an OEM M.2 drive which turns up now and again in some ultrabooks. 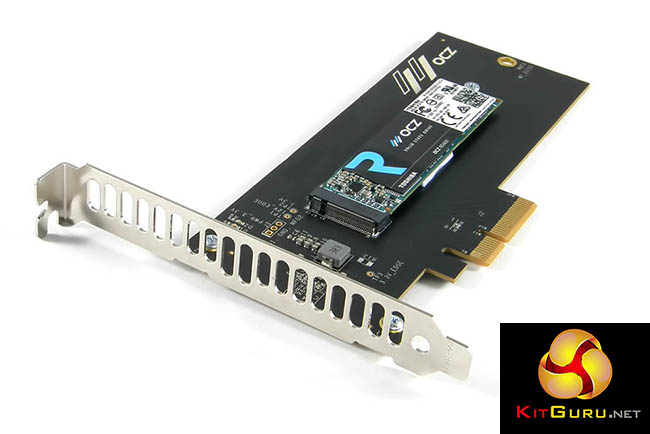 With the combination of NVMe architecture and a PCIe Gen 3 x4 interface the RD400 promises to be a bit quick, just how quick? Well the official sequential read/write figures for the drive are up 2.6GB/s and 1.6GB/s respectively with 4K random read/write performance of up to 210,000 IOPS for reads and 140,000 IOPS for writes.