The Samsung 850 Evo SSDs will be available in 120GB, 250GB, 500GB and 1TB storage capacities. Sequential read performance of the 850 Evo is expected to be up to 550MB/s, while write performance is projected to be up to 520MB/s, according to a description located at Fry’s Electronics, a major U.S. retail chain that also sells devices online. The new SSDs will use Serial ATA-6Gb/s interface and will come in 2.5”/7mm form-factor. 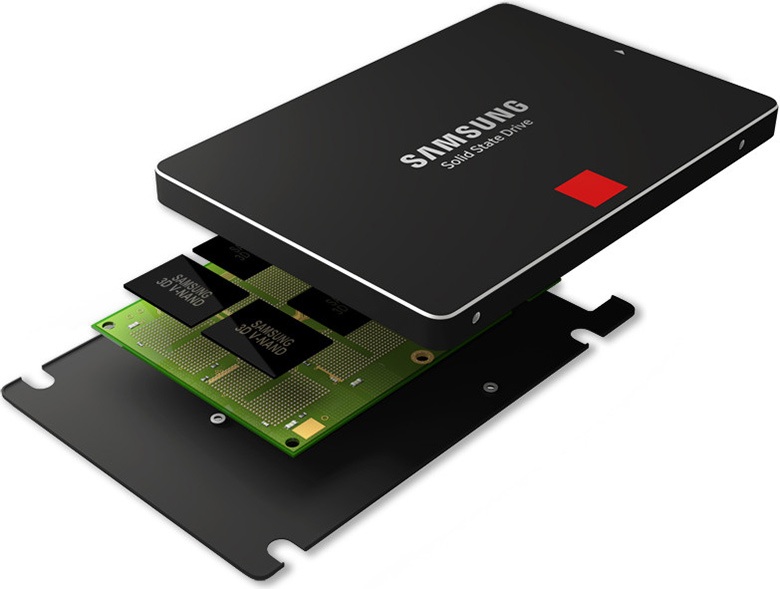 While the initial prices of the Samsung 850 Evo solid-state drives can be slightly higher when compared to models that have been available on the market for some time now, the fact that the prices are relatively low means that Samsung could eventually further decrease them. Moreover, since Samsung has not formally introduced its 850 Evo family of SSDs, actual recommended prices could become even lower than those listed today.

The Samsung 850 Evo family of solid-state drives is expected to become available in late November.

KitGuru Says: This holiday season will be a good time to buy an SSD. Many makers will enter the price-war against each other and Samsung in a bid to sell more drives, therefore, it will be easy to get a fine high-capacity SSD at an affordable price-point.

Previous Apple confirms that it will never make a budget iPhone
Next Tim Cook: Apple Watch will need to be charged daily