Western Digital is a name that will be familiar to almost everyone with an interest in the PC hardware sector, and the company also owns SanDisk which it acquired back in 2016. Today, Western Digital has announced new 4TB models which have been added to four of the company's existing external SSD ranges.

This means Western Digital isn't releasing any new drive series or ranges, but four of the company's external SSDs will now be availability with 4TB capacities. The first of these is the SanDisk Extreme Pro, which we recently reviewed in its 1TB form. The 4TB version is rated for 2000MB/s read and writes, and will cost £857.99, with availability slated for later this quarter.

SanDisk also offers an Extreme (but non-Pro) series of external SSDs, with the new 4TB model rated for up to 1050MB/s reads and 1000MB/s writes. This model also boasts ‘two-meter drop protection' as well as IP55 certification for water and dust resistance. As this is the non-Pro Extreme, it is slightly cheaper than the Pro version, coming in at £745.99, with availability also expected later this quarter. 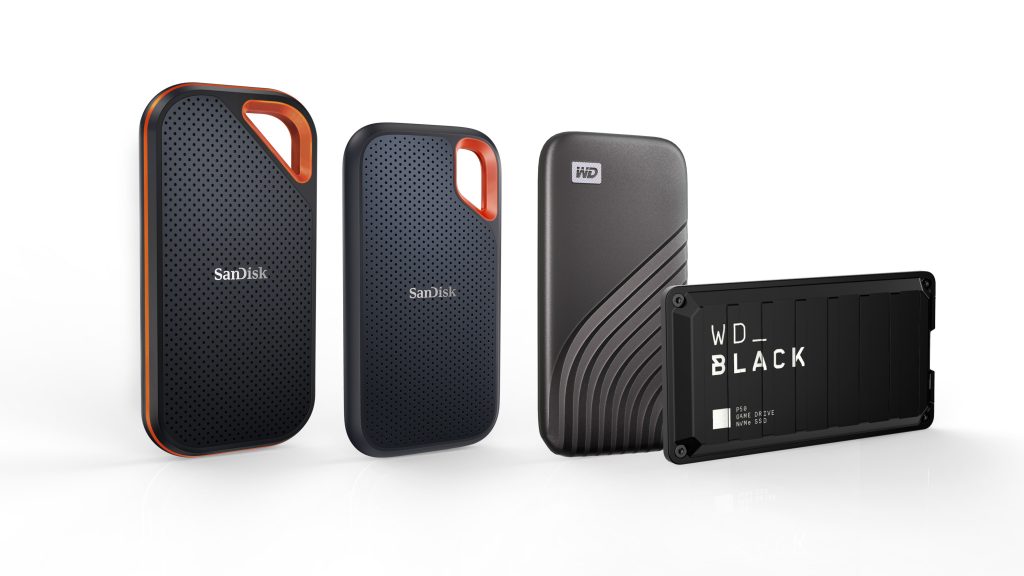 As part of the WD Black range, the newer P50 drive is said to be ‘purpose-built for gamers', and features read speeds up to 2000MB/s. As a ‘gaming' drive, it is compatible with PC, PS4 and Xbox One consoles, and will set you back £750.99.

Lastly, there is also set to be a new WD My Passport SSD, of which we have reviewed the 1TB model. This drive is rated for up to 1050MB/s reads and 1000MB/s writes. Designed to be ‘shock and vibration resistant', My Passport is also drop resistant up to 6.5 feet/1.98m. Pricing is set at £745.99, with availability again slated for later this quarter.

KitGuru says: These new drives certainly aren't cheap, but if you want 4TB of external flash storage, Western Digital has now got a range of options.