Samsung is back with another PCIe 4 SSD – the PM9A1. The latest SSD is aimed at OEMs, but Samsung's specifications suggest that it should offer very similar performance to the pre-existing 980 Pro SSD. 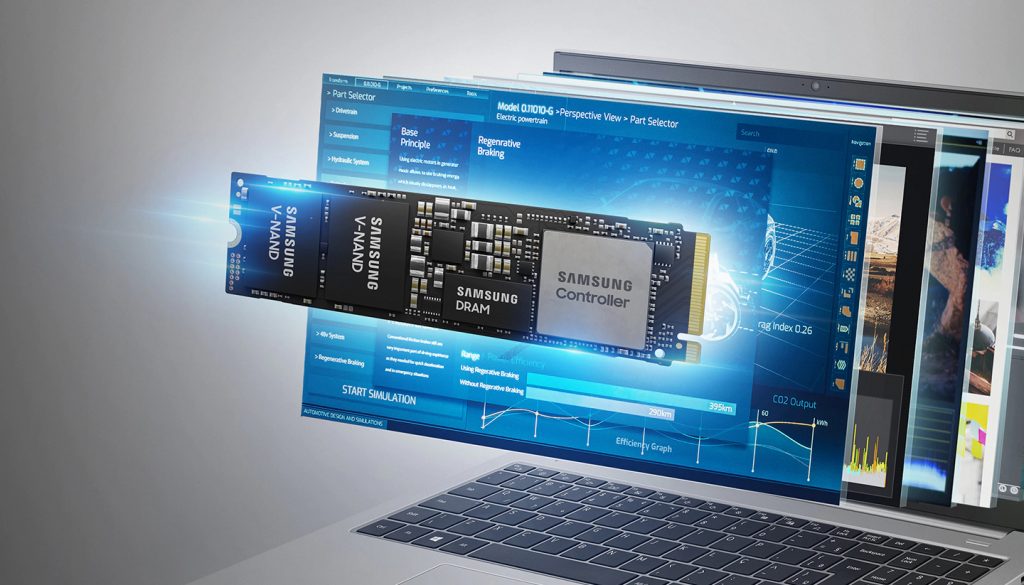 The PM9A1 SSD does not seem to come with a heat spreader, which is reasonable considering it has been designed to be used by OEMs. However, it features thermal control technology to prevent overheating and increase the drive's lifespan.

Samsung's new client SSD has been qualified by HP for its Z series of workstations, desktops, and laptops, and is already being shipped in these devices. Other OEMs should follow in early Q2. It's unclear if these SSD drives will ever release to the DIY market, but given the fact that the similar 980 Pro SSD is widely available, this seems unlikely.

KitGuru says: If the Samsung PM9A1 were to hit the DIY market, it would probably be cheaper than the 980 Pro. Would you consider Samsung's PM9A1 SSD if it was available at the usual retailers?