Now that AMD's 3rd Gen Ryzen processors are officially here, accompanied by the new x570 motherboard chipset, the PCIe 4.0 generation can get started. During AMD's keynote this morning, we heard about a few SSD makers planning to make the jump to PCIe 4.0 and now it looks like CORSAIR will be one of the very first. Today, Corsair announced the Force Series MP600, the world's first PCIe 4.0 M.2 SSD with read speeds of up to 4950MB/s.

The MP600 SSD raises the bar for single-drive performance, with sequential read speeds of up to 4950MB/s, roughly ten times faster than most SATA SSDs. For sequential write speeds, you are looking at performance up to 4250MB/s. This is all brought forward by the increased bandwidth of PCIe 4.0, which will be available to consumers starting in July, thanks to the x570 motherboard launch. 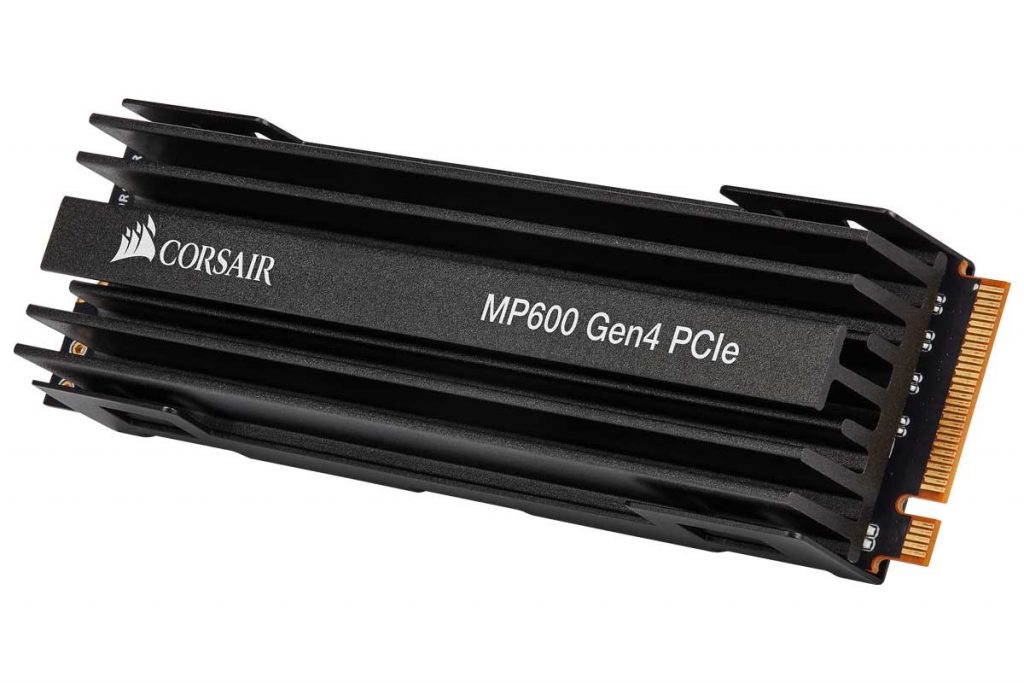 The Corsair Force MP600 uses an NVMe interface and high-density 3D TLC NAND, combined with a Phison PS5016-E16 controller. As you would expect, this SSD will be available in July to coincide with the x570 motherboard and 3rd Gen Ryzen CPU launch.

We don't have exact pricing yet or details on what capacities will be available but we'll be visiting Corsair's Computex suite this week, so we'll try and get more information then.

KitGuru Says: This is one monstrously fast SSD that we'll be looking forward to testing in the future. The jump to PCIe 4.0 is already looking to be very positive for enthusiasts.