It has been a long time coming but today at Computex 2019, AMD officially launched its new 3rd Gen Ryzen processors, bringing the promise of higher core counts, IPC improvements and 7nm technology to its CPU lineup. There are five CPUs announced today, ranging from 6 core Ryzen 5 SKUs all the way up to a 12 core Ryzen 9.

This latest generation of Ryzen processors are based on the Zen 2 architecture, delivering a 15 percent IPC improvement over Zen 1. The Zen 2 CPU core will power 3rd Gen Ryzen and upcoming EPYC processors but of course, IPC improvements and core counts are just one part of the story. Alongside 3rd Gen Ryzen, AMD is also launching the X570 chipset for socket AM4, the world's first PCIe 4.0 supported motherboard chipset, which will have an impact on both upcoming GPUs and SSDs. On the storage front, you can expect up to 42 percent higher performance from PCIe 4.0 SSDs compared to a PCIe 3.0 equivalent.

More than 50 new motherboards are going to be rolling out to launch alongside 3rd Gen Ryzen, with options from ASUS, Gigabyte, ASRock, MSI, Colorful and more. PCIe 4.0 SSDs are also on the way from CORSAIR, Phison, Gigabyte, Galaxy and others. 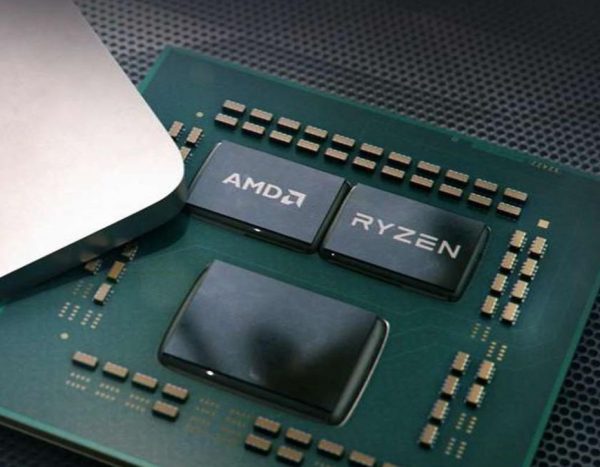 Now back to the good stuff, five 3rd Gen Ryzen processors were announced today, here is the full spec sheet:

According to AMD's own comparison benchmarks, a Ryzen 7 3700X should offer up to 30 percent more multi-threaded performance in real-time rendering and 1 percent more performance in single-threaded rendering. When it comes to gaming, the Ryzen 7 3800X matches the Intel Core i9-9900K in PUBG. Finally, the Ryzen 9 3900X beats the Intel Core i9-9920X in Blender Render tests by 16 percent.

The Ryzen 3000 series will be launching on the 7th of July, so expect to be able to read reviews and pick one up on that date. There will also be a slew of motherboard options to choose from, which we'll be diving into over the course of this week as we make our way around Computex. It is worth noting that while Threadripper is not on the roadmap right now, AMD has confirmed that it intends to revisit that series in the future. Going by what Ryzen 9 offers, it seems like you could make a safe guess as to what core/thread counts 3rd Gen Threadripper will tackle.

AMD has also given us an update on the future of Radeon graphics, announcing the RDNA architecture and RX 5700 series. You can find all of the details on that, HERE.

KitGuru Says: 3rd Gen Ryzen is looking incredibly good so far, especially at those prices. Are any of you planning on upgrading once these come out?