Western Digital was amongst the first SSD makers to jump on PCIe Gen 4 with a series of WD_Black NVMe M.2 SSDs. If you're looking to make the jump to faster PCIe 4.0 SSD speeds, then now is an excellent time, as 1TB and 500GB WD_Black SN850 models are currently discounted.

We reviewed the WD_Black SN850 1TB NVMe SSD late last year, giving it our ‘MUST HAVE' award and praising it for its performance. When plugged into a PCIe 4.0 capable motherboard, the SN850 is capable of sequential read/write speeds of7000MB/s and 5300MB/s respectively. 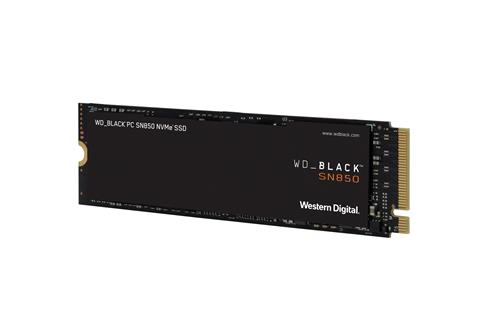 This is the version of the SSD without a heatsink, which is the same version we tested back in December. You can find that full review HERE. Discuss on our Facebook page, HERE.

KitGuru Says: Have any of you upgraded to a PCIe Gen 4 capable system already? Will you be picking up PCIe 4.0 SSD to go with it?