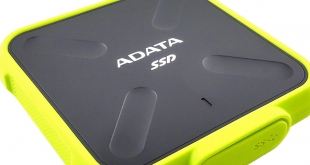 It’s a sign of just how prevalent 3D NAND has become in the SSD market when it can be found being used in an external drive. ADATA’s SD700 not only uses the latest TLC NAND, it’s also small enough to fit in your pocket and has military grade protection as well. 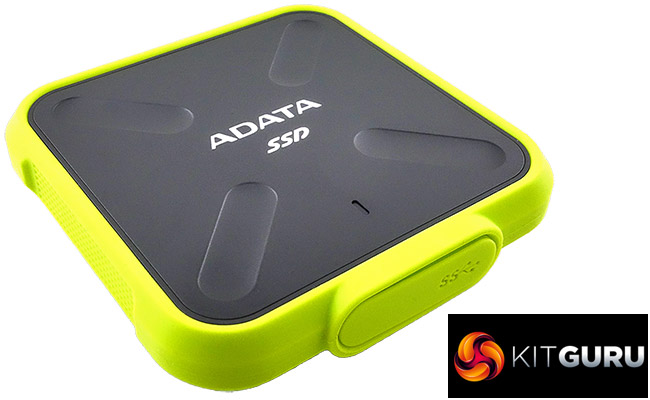 At the time of writing this review the SD700 range consists of three capacities; 256GB, 512GB and the flagship 1TB model. It is also supplied in two colour options, all black and black with a yellow rubber surround.

There’s no hint of what NAND and controller are being used in the drive on the spec sheet for it but if it’s in keeping with their other 3D TLC NAND drive, the Ultimate SU800, it will be a combination of a Silicon Motion SMI SM2258 4-channel controller and Micron 384Gbit 3D TLC NAND.

ADATA quote performance figures for the 256GB SD700 of up to 440MB/s for reads and 430MB/s for writes and back it with a 3-year warranty.