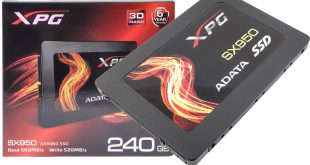 The last drive we looked at from ADATA's XPG range of SSD's aimed at gamers was the SX930. Now it's the turn of the latest member of the 2.5in format family of drives to be put through its paces, the XPG SX950, the first XPG 2.5in drive to use 3D NAND.

ADATA's XPG (Xtreme Performance Gear) range pass the companies most stringent tests for stability and high performance and are aimed at gamers, enthusiasts, and overclockers. 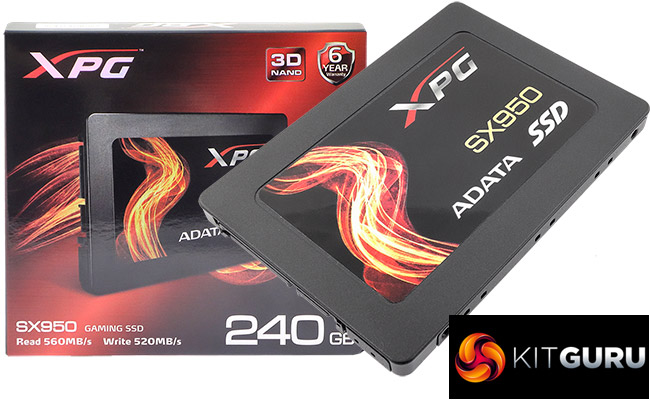 ADATA quote sequential performance figures for the 240GB drive as up to 560MB/s for reads and up to 520MB/s for writes. That 560MB/s read speed is the same for all the drives in the range while the 480GB and 960GB drives have slightly faster write speeds at 530MB/s.

The 240GB drive has a rated TBW endurance figure of 200TB, the endurance figures for the 480GB and 960GB drives are quoted as 400TB and 800TB respectively. ADATA back the drive with a generous 6-year warranty.