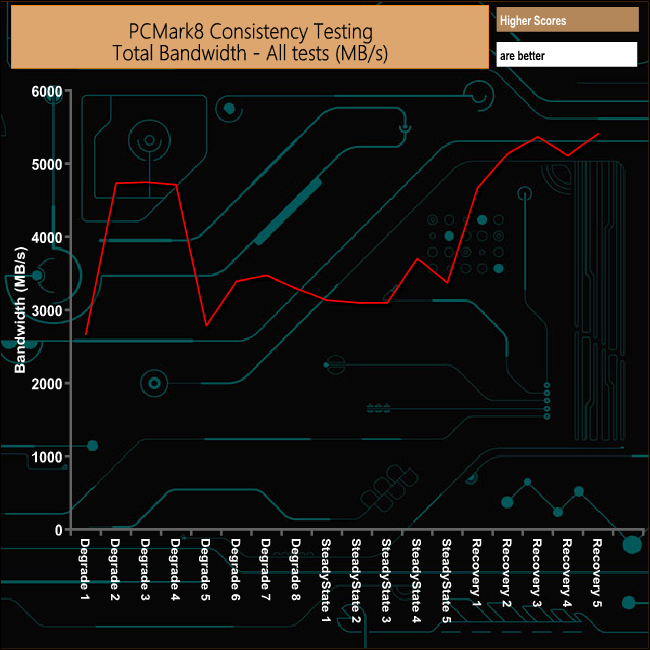 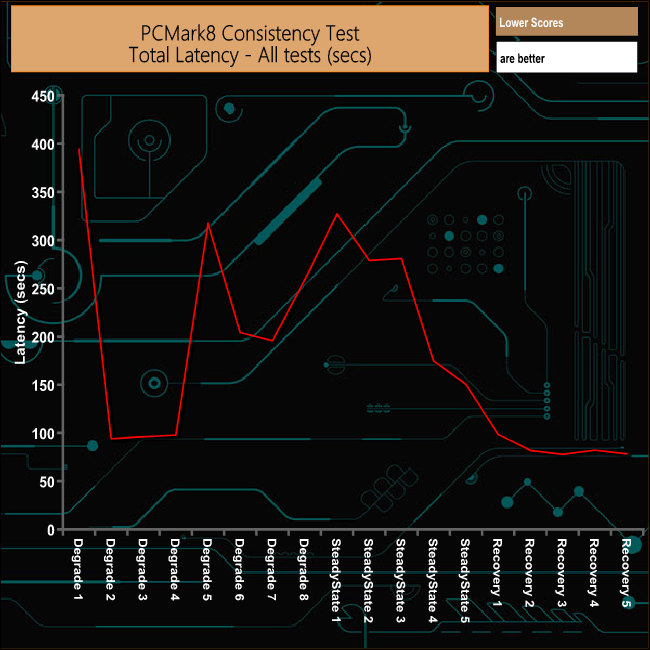 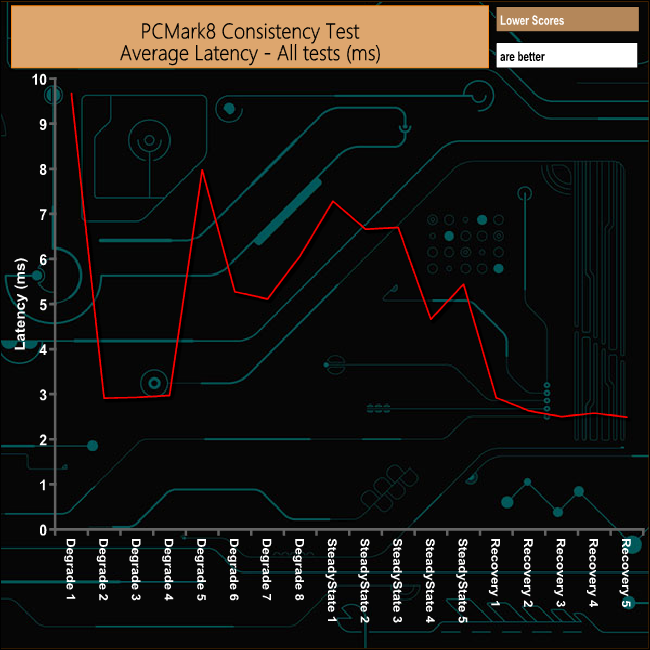 The KC1000 shows a burst of performance at the beginning of the Degrade run of PCMark 8’s Consistency test before dropping back towards the end of the run and through the Steady State runs. It does however recover well from the stresses of the test.

Crucial is now selling a 1TB SSD for under £100