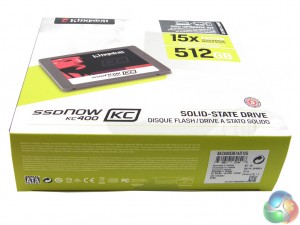 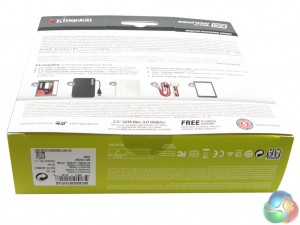 The SSDNow KC400 is available as a bare drive or as part of a full-blown upgrade kit, which is what we were sent for review. The upgrade kit comes in a rather large box with an image of the drive and a clear label of the drive’s capacity.

The rear of the box has some multi-lingual marketing text and more importantly, what’s in the box. 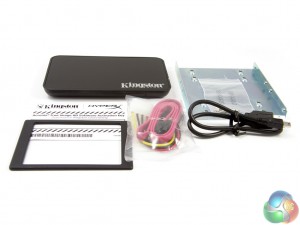 What’s actually in the box is pretty impressive. Apart from the drive, there is a 2.5in USB (USB2.0) external drive enclosure, a 3.5in bay converter complete with screws, SATA data and power cables, a 7mm – 9mm spacer (to help mount the drive in larger format laptops with higher drive bays) and a coupon for downloading Acronis disk cloning software. 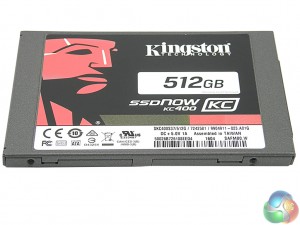 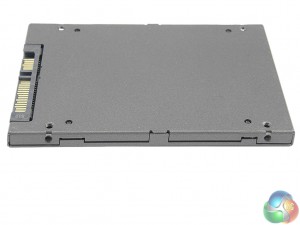 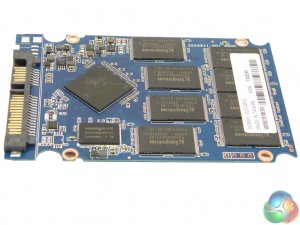 At the heart of the KC400 lies a Phison PS3110-S10 8-channel, quad core controller which, in the case of the 512GB version of the drive, looks after sixteen 32GB 15nm MLC NAND packages (labelled Kingston FD32B08UCT1-DE).

Eight of these packages join the controller and the single 256MB DDR3L-1600 cache IC (Nanya NT5CC256M16CP-D1) on one side of the PCB, with the remaining eight housed on the flip side of the board.

Kingston’s SSD management software is called SSD Manager and while at first glance it doesn’t look as intricate as Samsung’s Magician software, for example, it does cover most of the basics. It displays drive partition information, a SMART overview, SSD Health (including how many spare blocks there are) and the temperature of the drive.

Previous Watch the last day of Kim Dotcom’s appeal process here
Next Blackberry pulls out of smartphones, will focus on software