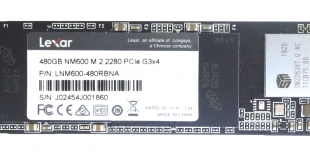 Probably better known for their comprehensive range of memory cards, Lexar also has a range of SSDs in M.2 NVMe, M.2 SATA and 2.5in SATA formats. The current flagship of the NVMe M.2 range is the NM600, using a combination of a Silicon Motion controller and Micron 3D TLC NAND. 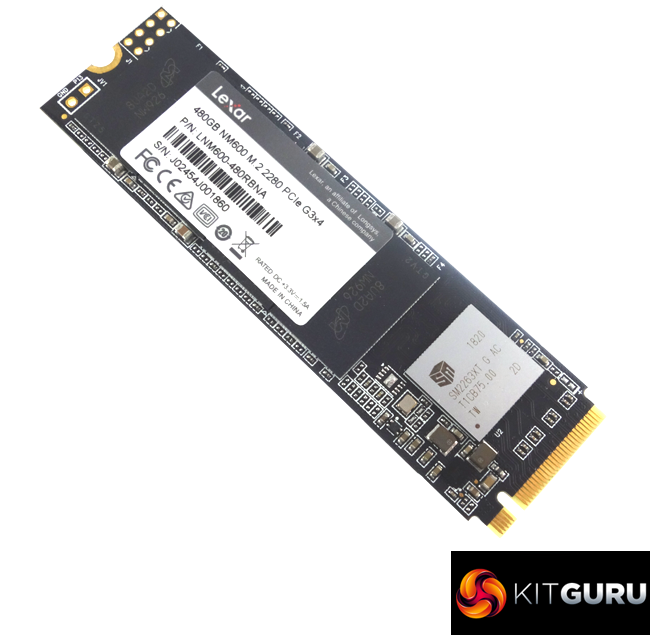 There are just two capacities in the NM600 range, 480GB and 240GB. The drives use Micron 64-layer 3D TLC NAND combined with a Silicon Motion SM2263XT, 4-channel controller. The XT version of Silicon Motion's SM2263 used by the NM600, is a DRAM-less design which helps keep the cost of a drive down by reducing the number of components needed on the PCB.